It’s On: Michelle Obama Goes After Trump on “Standard of Ethics” 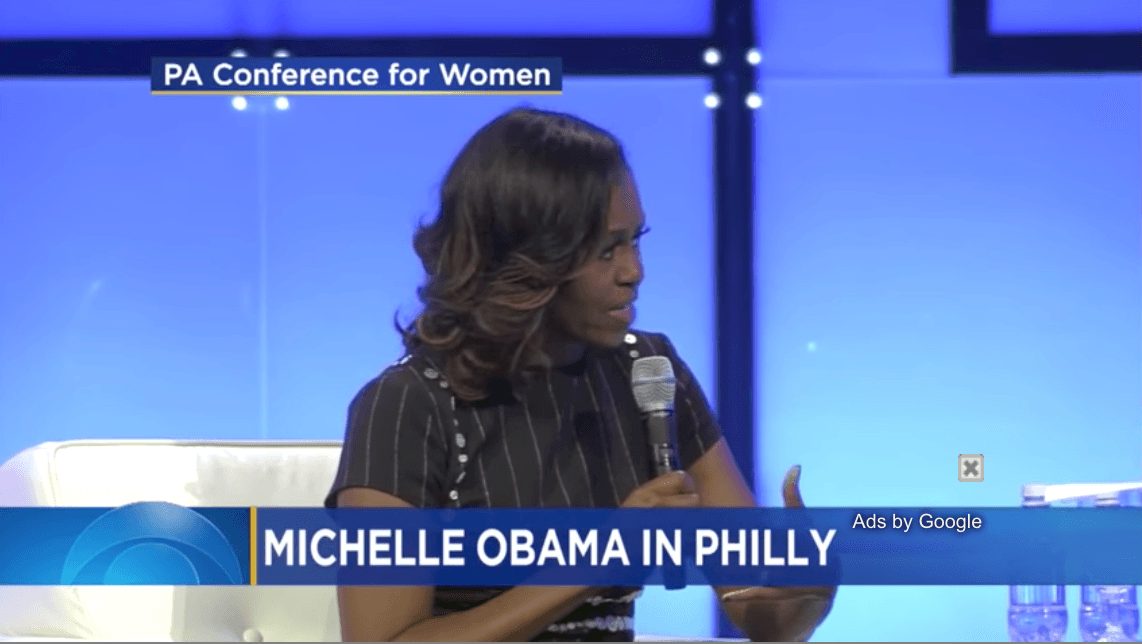 On Tuesday at The Pennsylvania Conference For Women Michelle Obama gave remarks that included some thinly veiled criticism of the current occupant of the Oval Office.

Obama, who was being interviewed by famed TV producer Shonda Rhimes, spoke of her husband’s administration’s “standard of ethics” and how these days things feel “pretty wide open”. Obama also spoke about what it meant to have a President “who upholds and respects the office” .

On Ethics and The Presidency:

It feels like things are pretty wide open. For the last eight years, because we sort of had a standard of ethics, and there were things that we wouldn’t do, you know, so there were a lot of constraints.

There was a certain expectation, so there was a lot we couldn’t do and we didn’t do because of our respect for the position and what it means to the country to actually have a commander in chief who upholds and respects the office. So definitely, life is freer now.

Like Loading...
Previous Article
The First Police Body-Cam Footage Was Just Released And Its Horrifying
Next Article
Remember That Communist West Point Grad? Well Rubio Has News That He’s Going To Hate