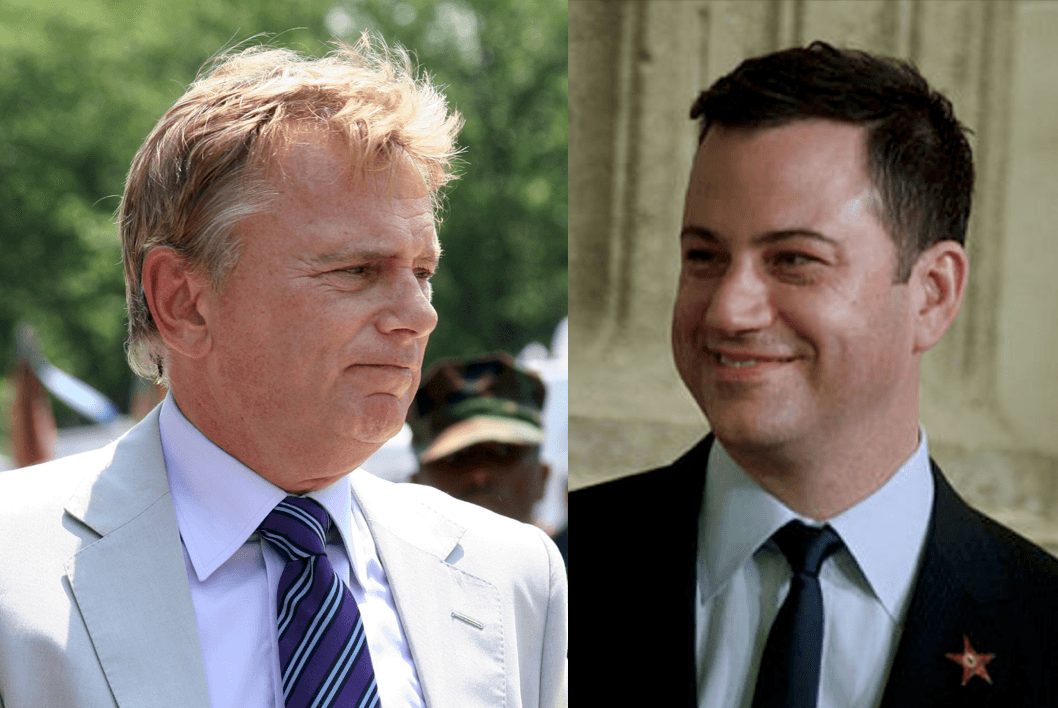 Can Jimmy Kimmel buy a vowel? We’re gonna guess no.

Finally someone from Hollywood is stepping up to Jimmy Kimmel, the late night host turned Keith Olberman.  Wheel Of Fortune’s Pat Sajak took to twitter to crush Kimmel.

Kimmel, who has been diving head first into any political topic he can get his hands on lately, took to the airwaves to make some sort of emotional plea for gun control in the hours following the Las Vegas shooting. Here’s what he said:

“This morning, we have children without parents and fathers without sons, mothers without daughters. We lost two police officers. We lost a nurse from Tennessee. A special-ed teacher from a local school here in Manhattan Beach.

It’s the kind of thing that makes you want to throw up or give up. It’s too much to even process — all these devastated families who now have to live with this pain forever because one person with a violent and insane voice in his head managed to stockpile a collection of high-powered rifles and use them to shoot people.”

According to CNN, Kimmel has become the “conscience” of America.

Quick reminder to all left-leaning folks who might now worship the ground that their new ultra liberal hero walks on… He was the host of The Man Show. Every episode of which ended with “Girls Jumping on Trampolines”.

PAt Sajak let Kimmel have it, via the Daily Wire:

Not to be outdone, Fox News contributor Stephen Miller slammed the point home:

Its time for celebrities to stick to whatever it is they do. Everyone is just as upset as you are, we just don;t feel the need to rush to some faux-moral high ground and then blast it out to everyone in the country so they know what a great person we are.