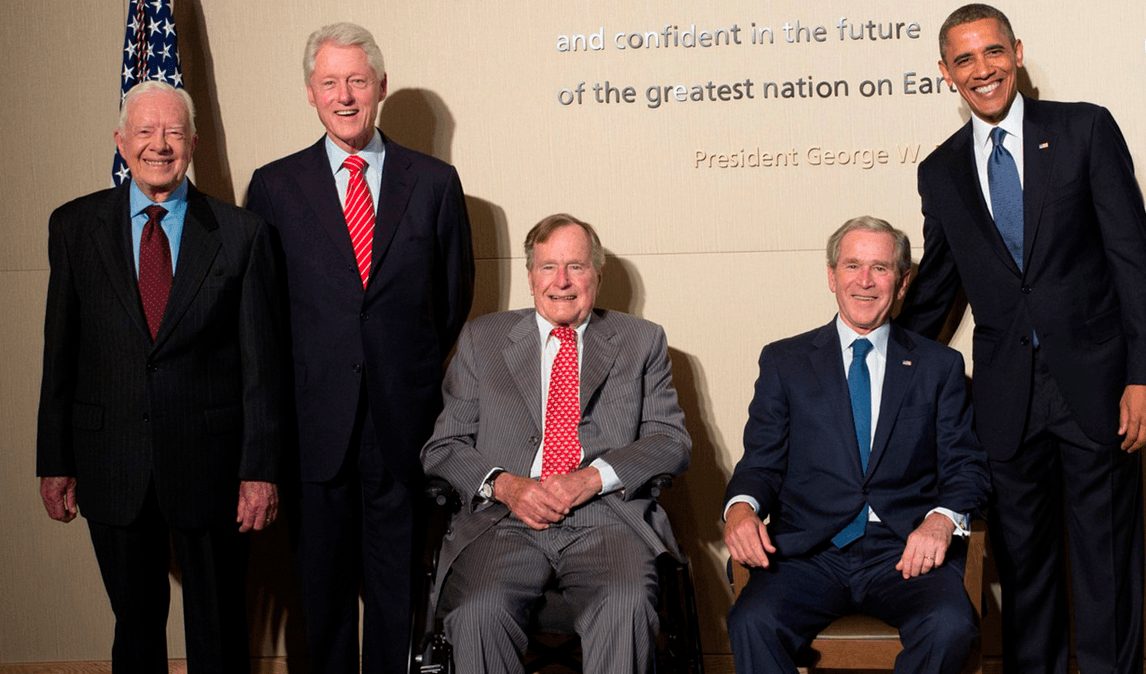 George H. W. Bush made an announcement Tuesday That has all former living Presidents on their way to Houston, Texas.

“The 43rd President and I, and our distinguished colleagues in this ‘One America Appeal,’ are very grateful to these wonderful performers — some of them old friends, some of them new — for giving their time and talent to help the urgent cause of hurricane recovery in Texas, Florida and the Caribbean,” President George H.W. Bush said in a statement. “It’s important that those affected by these devastating storms know that, even if the path to recovery feels like a road that goes on forever, we’re with them for the long haul.”

All 5 living former Presidents came together for “The One America Appeal” already, releasing a video in the aftermath of hurricane Harvey in September.

They have since resumed the effort in the aftermath of hurricanes Irma and Maria.

“We love you Texas,” the elder Bush, who raised his family in Texas and previously served as a congressman from the state, said in a video posted to the One America Appeal site.

Three of the 5 living former Presidents were together just last week at the opening of the Presidents Cup golf tournament in Jersey City, New Jersey — Clinton, Bush 43 and Obama.

The event will serve primarily as a fundraiser with proceeds from all ticket sales going to a number of charities including; the Houston Harvey Relief Fund, focusing on the greater Houston region; Rebuild Texas Fund, assisting hurricane-ravaged communities across the state; the Florida Disaster Fund; Juntos y Unidos Por Puerto Rico, launched by First Lady Beatriz Rossello and a private sector coalition; and The Fund for the Virgin Islands.

Previous Article
Big Trouble For Wasserman Schultz – Lawyers For IT Aide Drop Bomb That Could Sink Democrats
Next Article
Sarah Sanders Asked if Congress Should “Get Off Its Ass”. Her Response Is Fire