Sarah Sanders Asked if Congress Should “Get Off Its Ass”. Her Response Is Fire 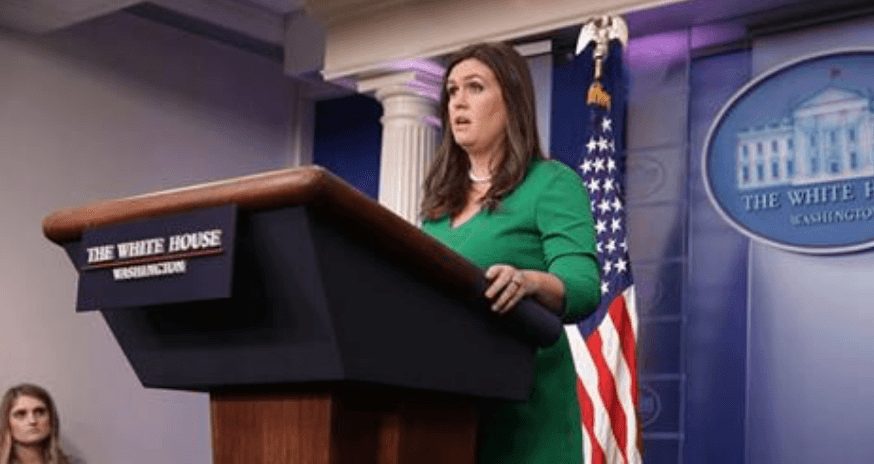 Sarah Sanders stepped up to the podium again on Wednesday, this time to continue answering questions surrounding the mass murder of 58 people in Las Vegas.

Predictably, Democrats have pounced on the tragedy as an opportunity to push for gun control legislation in both The House of Representatives and The Senate. This has forced questions to be asked of the administration as to their willingness to work with democrats to tighten gun laws.

Specifically, Sanders was asked about a quote from Sen. Chris Murphy of Connecticut saying, “Congress needs to get off it’s ass” on the issue of gun control.

Sanders’s response shocked many in the room. She said she agreed with the Democrat senator — Congress does need to get off its ass.

“I actually agree with them that Congress should get up and do something. I’m not sure that is specific to that. I think Congress has had several months of doing very little. We’d like to see some actual legislation come through.”

Sanders was then pushed to expand upon her answer, specifically in reference to what exactly the administration was looking for our of the gun control legislation.  “We’ve been focused on the facts that we had a severe tragedy in our country.” she said.  “This is a day of mourning, a time of bringing our country together. That’s been the focus of the administration.”

Previous Article
Bush 41 Just Made A Big Announcement – And It Has All 5 Former Presidents Flying To Houston
Next Article
Bullets Tore Through His Legs, But This Man Defines Being an American When Trump Walks In