Bullets Tore Through His Legs, But This Man Defines Being an American When Trump Walks In 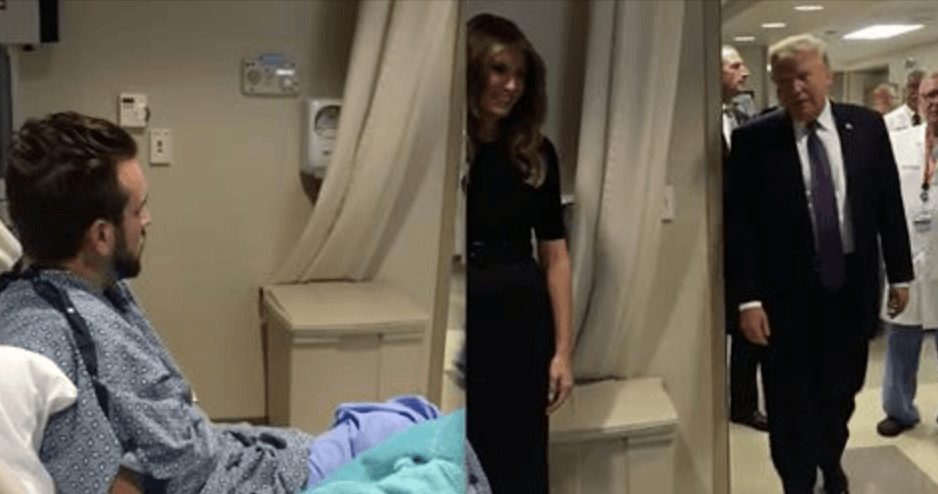 58 People were killed and of the hundreds wounded in Sunday’s mass murder in Las Vegas was Thomas Gunderson.

Gunderson was one of the many victims visited in the hospital by President Trump and First Lady Melania Trump on Wednesday as the first couple visited Las Vegas. The moment was captured on video and serves as a reminder of the strength of all Americans. Its a moment that will not soon be forgotten by Gunderson, or President Trump.

As the President entered the room Gunderson defied defied Doctors orders to stand and shake the Commander In Chief’s hand despite having his legs ravaged by bullets just days prior.

This is the caption from the video posted by Gunderson:

“I will never lie down when the President of this great country comes to shake my hand! There may be plenty of issues in this country but I will always respect my country, my president and my flag. Shot in the leg or not, I will stand to show my President the respect he deserves!”

Always remember the strength of America.

Previous Article
Sarah Sanders Asked if Congress Should “Get Off Its Ass”. Her Response Is Fire
Next Article
This Restaurant Owner Refused to Show NFL Games – He Just Got Some Amazing News