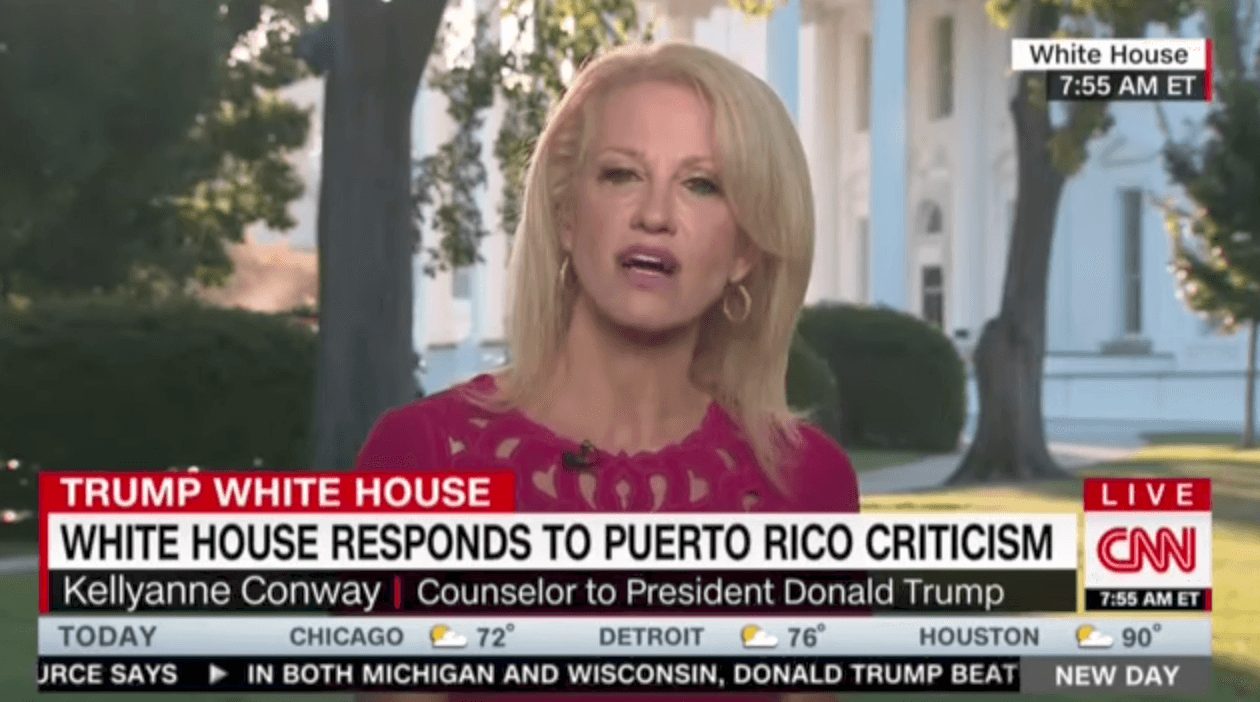 “You’re talking about the urgency to have a conversation [on gun control]. You and your network have felt an urgency about Russia and some phony-baloney collusion this entire calendar year,” Conway told CNN’s Chris Cuomo.

Conway then pointed out that Hillary Clinton and Sens. Bernie Sanders (I-VT) and Elizabeth Warren (D-MA) have not discussed the legality of bump stocks in the past.

“They probably didn’t know what they were,” Cuomo responded.

“They were probably watching CNN,” Conway shot back, dropping the mic on the CNN anchor.

Previous Article
Big Win: Trump Based His Campaign on Building a Wall – Well Congress Just Weighed In
Next Article
Otto Warmbier Was Murdered By North Korea – Now Look What They Just Said About Him