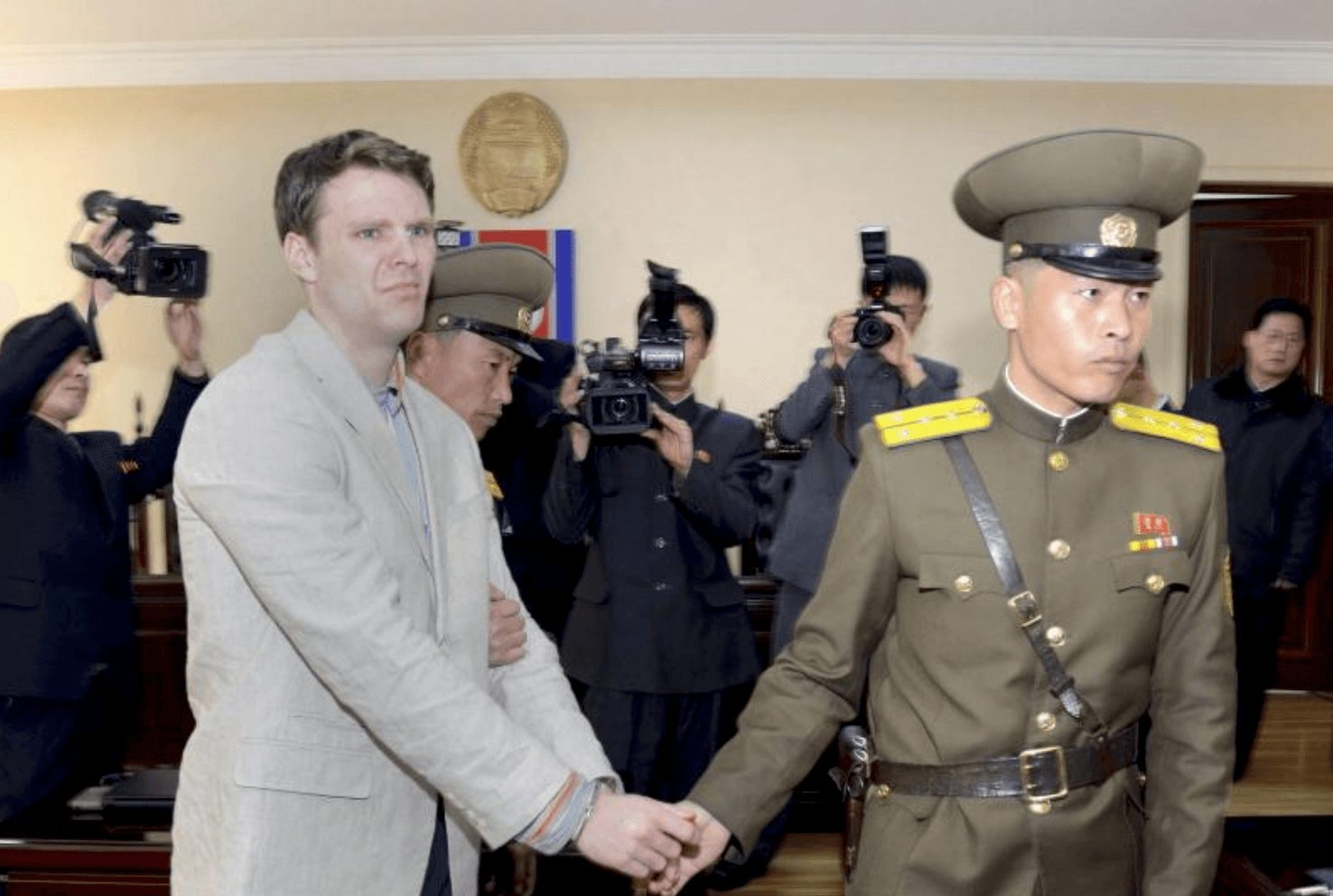 “The U.S. administration, or some people with a certain intention, let him die,” foreign ministry official Choe Kang-il told The New York Times’ Nicholas Kristof. “This must be intended to foster and spread anti-Communist hatred within America.”

Warmbier was arrested while on a tour of North Korea last year, accused of allegedly pilfering a propaganda poster and sentenced to 15 years of hard labor. The North returned Warmbier this summer in a state of failing health, and he passed away one week later.

North Korea maintains that, although Warmbier was a criminal, the state offered him medical care when he fell ill and returned him to the U.S. on humanitarian grounds. “He broke the law in our country,” Ri Yong-pil, a senior official in the North Korean foreign ministry, told TheNYT, explaining that the regime spent a great deal on his treatment.

The officials offered no apologies and yielded no ground, arguing that President Donald Trump is a “crazy man,” “a thug,” and “a pathetic man with a big mouth,” according to TheNYT.

“Trump and his clique, for their anti-DPRK propaganda, are exploiting the death of Otto Warmbier,” the Korean Central News Agency argued. “The U.S. is employing a dead person for the conspiracy campaign to fuel the international atmosphere of putting pressure on the DPRK.”

North Korean officials claim that the young student developed a rare form of food poisoning and slipped into a coma after taking a sleeping pill, which is not a real treatment for botulism. Medical personnel in the U.S. found no evidence to support Pyongyang’s version of events. Warmbier’s parents assert that their son was brutally tortured by the rogue regime, saying “they destroyed him.” The coroner, however, found no clear signs of physical abuse, although that does not disprove the claims of torture.

Many mysteries remain in the case of Warmbier’s death, as the parents chose to forgo an autopsy.

The Warmbiers, together with certain lawmakers, are pushing to have North Korea re-listed as a state sponsor of terror, and the president has made several references to Warmbier in speeches, using the student’s death as evidence of the regime’s brutality.

The regime is still holding three other American citizens in captivity.