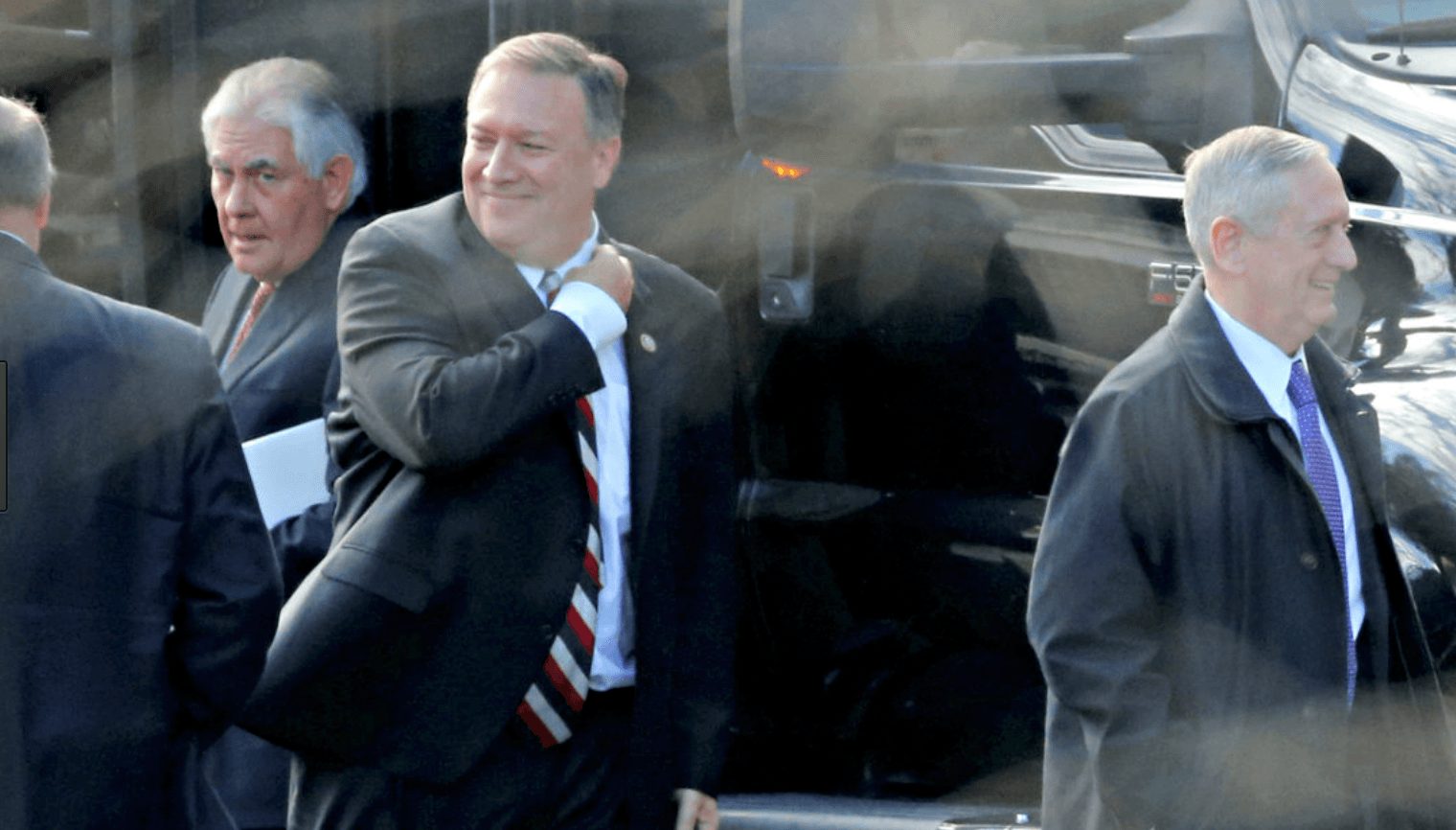 The moves just keep on commin’.

President Donald Trump is reportedly mulling whether to dismiss embattled Secretary of State Rex Tillerson and replace him with trusted confidante CIA Director Mike Pompeo, days after Tillerson reportedly referred to him as a “moron.”

Pompeo’s name recently surfaced as Tillerson’s potential successor due to his strong relationship with the president and the stability that comes with choosing a replacement from within the existing cabinet, according to Axios.

A member of Trump’s inner circle, Pompeo enjoys unique access to the president, delivering his daily briefings and offering consultation on all foreign policy decisions.

Trump was reportedly furious with Tillerson after reports of their discord captured the media’s attention, distracting from Trump’s Wednesday trip to Las Vegas to visit victims of the mass shooting that claimed 59 lives Sunday.

NBC reported Wednesday, citing multiple sources, that Tillerson referred to Trump as a “moron” in front of fellow cabinet officials during a July 20 meeting at the Pentagon. The report also alleged that Tillerson was considering resigning at the time and threatened not to return to the capital after Trump gave an explicitly politicized speech at a Boy Scouts of America Jamboree. He was reportedly dissuaded from resigning by Vice President Mike Pence.

Tillerson denied that he ever considered resignation during an impromptu Wednesday afternoon press conference and referred to the “moron” allegation as “petty nonsense.”

“There’s never been a consideration in my mind of leaving,” Tillerson told reporters before lauding Trump’s performance and praising his leadership ability.

Trump dubbed the report “fake news” and called for a congressional investigation into outlets that purvey what he believes to be inaccurate information.

Why Isn't the Senate Intel Committee looking into the Fake News Networks in OUR country to see why so much of our news is just made up-FAKE!

Rex Tillerson never threatened to resign. This is Fake News put out by @NBCNews. Low news and reporting standards. No verification from me.

A number of outlets independently confirmed the report following Trump and Tillerson’s denial.