Despicable: White Nationalists Hold Rally In The One Place That Should Infuriate All Americans 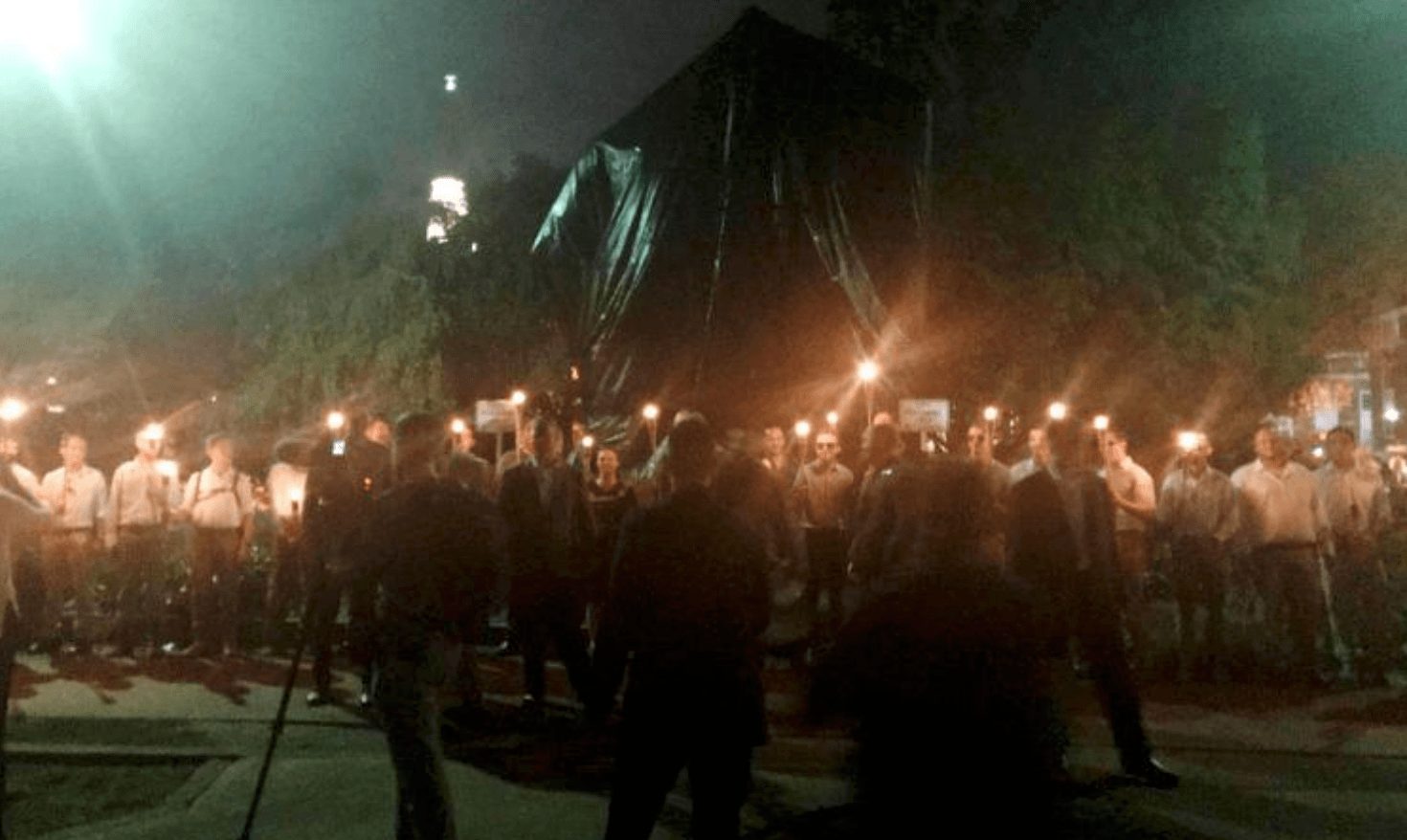 A group of white nationalists led by alt-right leader Richard Spencer held a torch-lit rally around the Robert. E. Lee statue in downtown Charlottesville, Va., on Saturday, months after a similar rally lead to the death of a counter protester.

Roughly 50 white nationalists surrounded the statue, which has been covered with a tarp, and chanted “you will not replace us” and “we will be back” during a rally that lasted about ten minutes, NBC 29 reported. Officials said there was no violence at the event.

The monument’s future remains uncertain. There are pending legal challenges to a court order blocking its removal. Spencer, the founder of multiple alt-right websites, said Charlottesville would be seeing more rallies in the future.

“We came, we triggered, we left,” Spencer said. “We did an in and out flash mob. We came in peace tonight. It was a great success, and we’re going to do it again.”

Local government was less than enthused to see the white nationalists return for the fourth time this year. Mayor Mark Signer implied on Twitter that the city was looking into options for barring future events.

Spencer Shot back shortly after.

Lol. How are we "cowards"? We came back. Also, you have no authority to ban American citizens from C'ville, doofus. https://t.co/tsTbqyb6Ow

Tensions boiled over during the August white supremacist event, culminating in one of the alt-right rally-goers crashing his car into a group of counter-protesters, killing one.