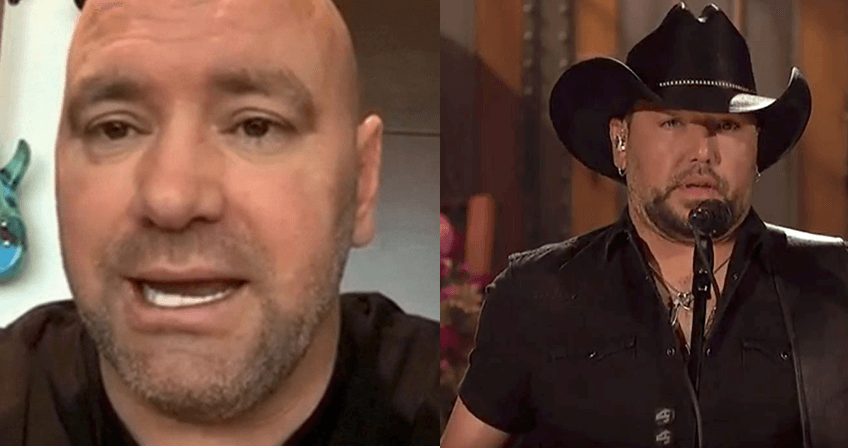 White told TMZ Saturday that Aldean’s booking people turned down an offer to perform at an event where fifteen survivors and hundreds of first responders from the Las Vegas shooting were present. Instead Aldean decided to go on Saturday Night Live (SNL) and perform Tom Petty’s song, “Won’t Back Down.”

Aldean was the artist performing on stage when shots began to rain down on the crowd at the Route 91 Harvest Festival in Las Vegas Sept. 30. The country music artist is reportedly still shaken up from the tragic shooting, which killed 59 people and injured over 500. White claimed Aldean told him that he might never perform live again, according to TMZ.

“His image was more important then coming back to Vegas and playing for the people who are his fans and who got shot watching him play,” White told TMZ.  “F*ck you Jason Aldean. Stay out of Vegas.”

White said he pressed Aldean’s team to get the country music star to sing the national anthem at UFC 216 because he said it would have meant a lot to the survivors and first responders present at the event. However, Aldean declined the offer and flew to NYC to perform on SNL.

“Those are people who buy your albums and none of you country music people could sing the anthem in front of survivors and 1st responders?” White continued, saying the performance should not be about money but about about those affected by the shooting. “This isn’t about money. This is about the bad ass people who fought through this shit that this coward did.

The DCNF has reached out to Aldean’s team about White’s comments but did not receive a response in time for publication.

Previous Article
Despicable: White Nationalists Hold Rally In The One Place That Should Infuriate All Americans
Next Article
OJ Simpson Allegedly Made A Sickening Request Of Brothel Owner After He Was Released