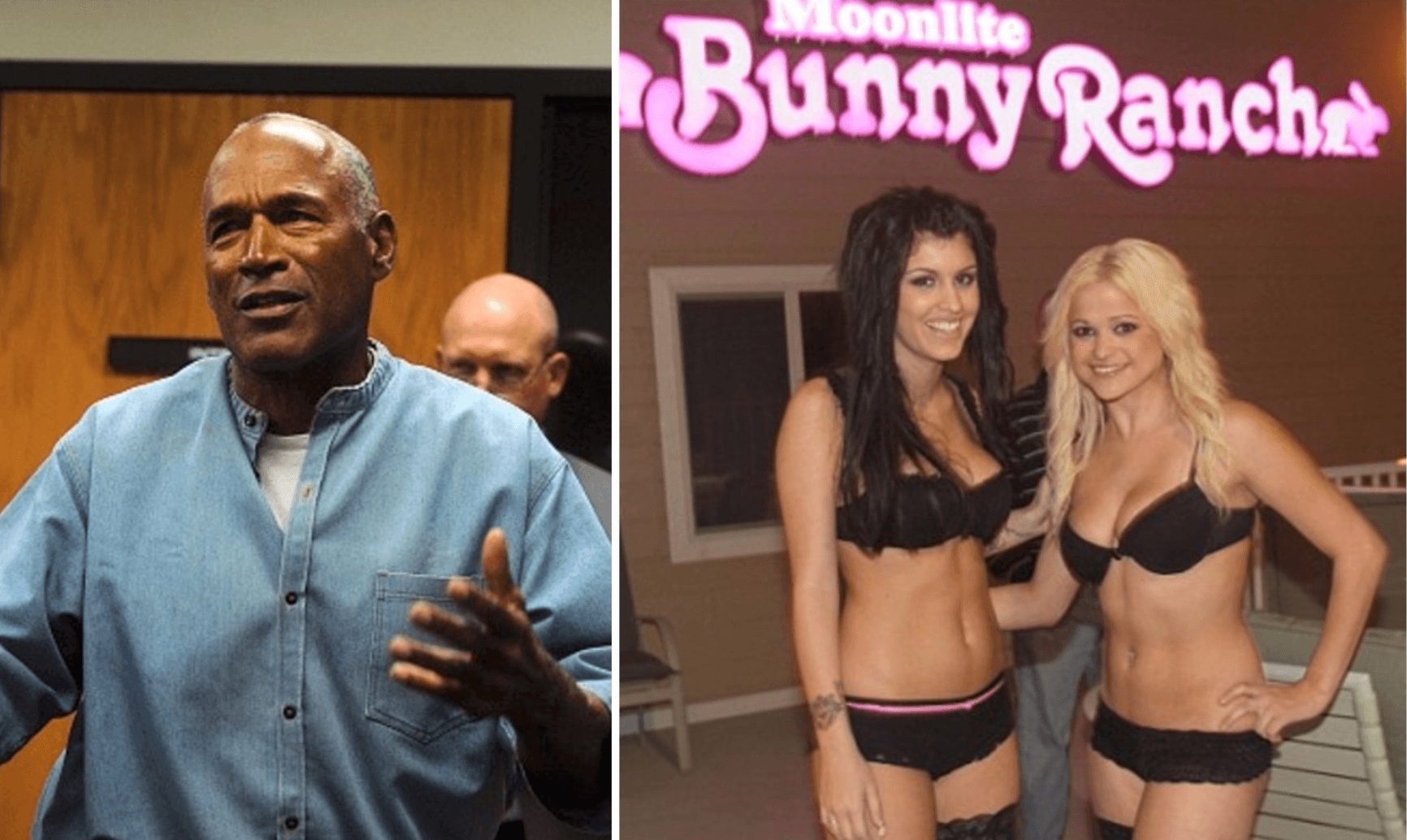 The juice is loose. Maybe a little bit too loose as it turns out. Simpson was released from prison last Sunday after serving 9 years for crimes unrelated to the murder of his estranged ex-wife Nicole Brown.

Simpson, who was a Hall-Of-Fame caliber running back in the NFL, was the focus of what is known as the “Trial of the Century” where he was acquitted for the murder of Nicole Brown and Ron Goldman.

The share of Americans who believe that Simpson was “definitely” or “probably” guilty of the murders of ex-wife Nicole Brown Simpson and her friend Ronald Goldman is moving in the same direction across racial lines. A majority of both sides agree that he was at least “probably” guilty,” and never before have black and white Americans been closer to agreement.

Since his release there has been various sightings of Simpson, notably at a golf course, however according to Page Six Simpson has a few personal activities on his mind. Specifically, a trip to legal brother The Bunny Ranch in Nevada.

According to Page Six:

Among the first items on O.J. Simpson’s to-do list upon re-entry to the free world last week was to find some “companionship” after nine years in prison, an insider said.

“He sent word … to the Bunny Ranch,” the insider said of Nevada’s famed legal house of prostitution.

“As far as I know, things are going down,” the ranch’s flamboyant owner, Dennis Hof, told The Post. He had earlier told Radar Online that Simpson buddy Tom Scotto had called looking for “a Nicole Brown look-a-like.”

But Hof might be getting ahead of himself. The Simpson insider told The Post that the disgraced gridiron great has been ordered to take a cold shower while his lawyer looks into whether a visit to the Bunny Ranch would violate terms of his Nevada parole.