Gov. Walker Drops Epic Hammer On NFL – Tells Players To Focus On Not Beating Their Wives 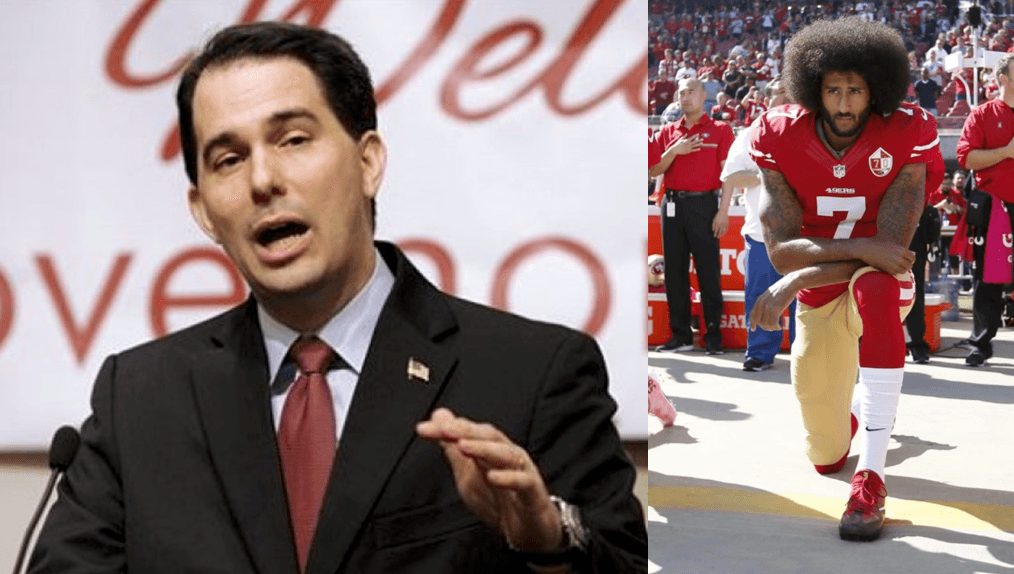 Wisconsin Gov. Scott Walker blasted the National Football League (NFL) Monday, calling for the end of protests during the national anthem throughout the league and recommended domestic violence becomes the main issue to focus on.

Walker, a Republican, sent a letter Monday to NFL commissioner Roger Goodell and DeMaurice Smith, the executive director of the National Football League Players Association. Players should stop protesting during the national anthem and instead concentrate on combatting domestic violence, Walker said.

“It is time for players in the NFL to stop their protests during the anthem and move on from what has become a divisive political sideshow. Instead, I encourage them to use their voices and influence to take a stand against domestic violence,” Walker wrote.

The Wisconsin governor mentioned the NFL’s Tuesday fall meeting, saying the league should discuss domestic violence that has occurred in the NFL, bringing up Domestic Violence Awareness Month which is in October.

“With the NFL Fall League Meeting occurring tomorrow, during Domestic Violence Awareness Month, now would be an especially opportune time to strongly condemn domestic violence and lead the charge in supporting safe families across America,” he wrote.

Today I sent a letter to the @NFL saying players should be role models & stand up to domestic violence — instead of disrespecting our flag. pic.twitter.com/WSNID6BvJb

Walker tweeted Monday that he sent the letter, saying NFL players should be role models. He believes this could help the NFL bring back many lifelong fans.

“My request is simple: stand for the American flag and the national anthem out of respect for those who risk their lives for our freedoms, and then take a stand against domestic violence to keep American families safe,” he wrote. “That’s something we can all agree on, and that just might help the NFL reunite with many of its devoted fans.”

Previous Article
WATCH: Puerto Rico’s Delegate To Congress: ‘Everything We’ve Asked For, Trump Has Provided’
Next Article
Miramax Insider’s Damning Facebook Post To Hollywood Is Taking Over The Internet