‘I Don’t Know’: Cruz Asks Bernie What The Difference Is Between Democrat And Socialists On Taxes [VIDEO] 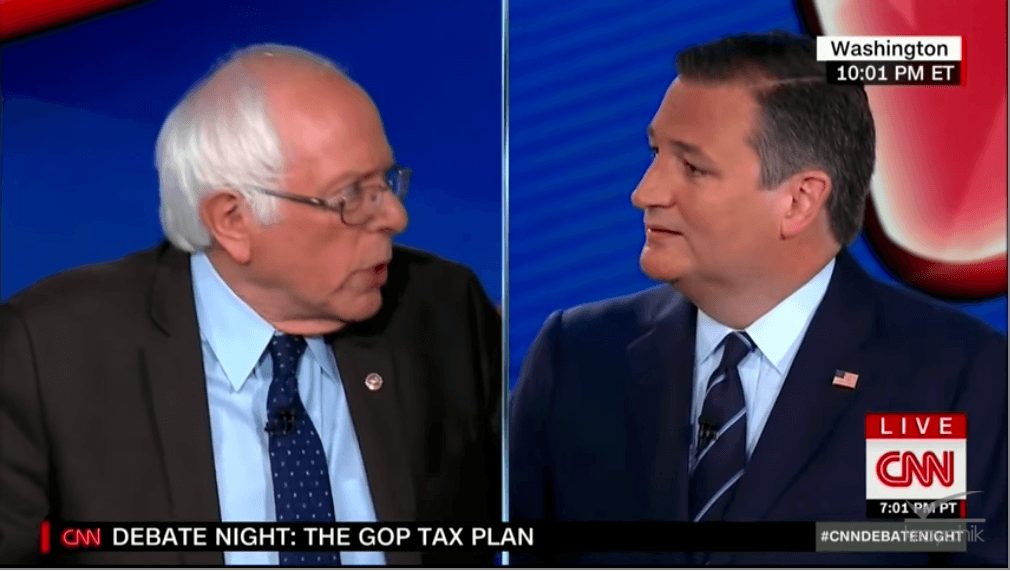 Sanders couldn’t muster an answer when asked by Cruz what the difference was between a Democrat and a socialist on the issue of taxes.

Cruz said, “Let me just ask, since this is a tax debate, what is the difference between a socialist and a Democrat on taxes?”

Sanders paused for several seconds before saying, “Well, I don’t know the answer to that because I don’t know…”

Cruz cut him off, saying, “I don’t know either.”

Sanders then launched into a sales pitch on democratic socialism, saying, “But here is what I think. As a democratic socialist, similar to the people in Denmark and Sweden and Norway and Finland, people who have by and large a much higher standard of living than we have, people who guarantee health care to all of their people as a right, where kids have free, free preschool education, where retirement benefits are much more generous than the United States.”

He added, “I believe that in a civilized society, people, especially those on top, should be asked to pay their fair share so that every man, woman and child in our country can have a decent standard of living.”

Previous Article
Bombshell: Congress Now Investigating Whether “Trump Dossier” Was Used To Get Warrant To WireTap Trump Tower
Next Article
Frederica Wilson Slams Trump for Subpar Military Gear — But Look What We Found About Her Record