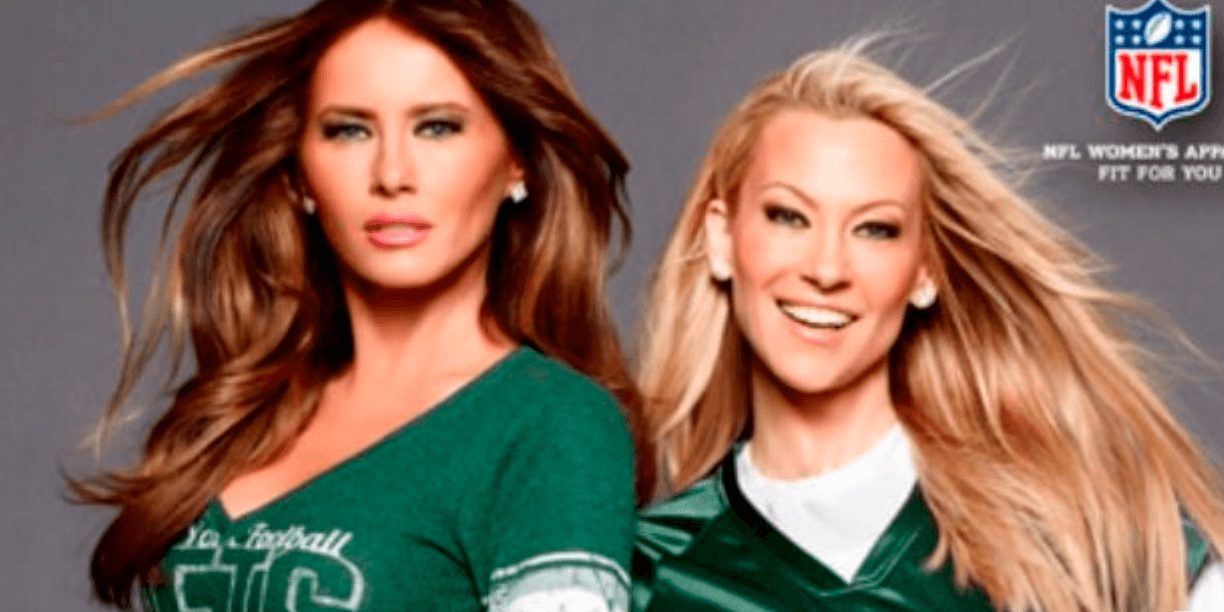 Things are going poorly for the NFL. Like, really poorly. Like, ratings down 20% from 2015 poorly. What largely seems to be to blame is the growing opposition to players protesting the national anthem.

Melania, who supports the New York Jets is listed as an “Entrepreneur” and “Wife of Donald Trump”

Here is a run down of several other notable participants according to Ad Week: