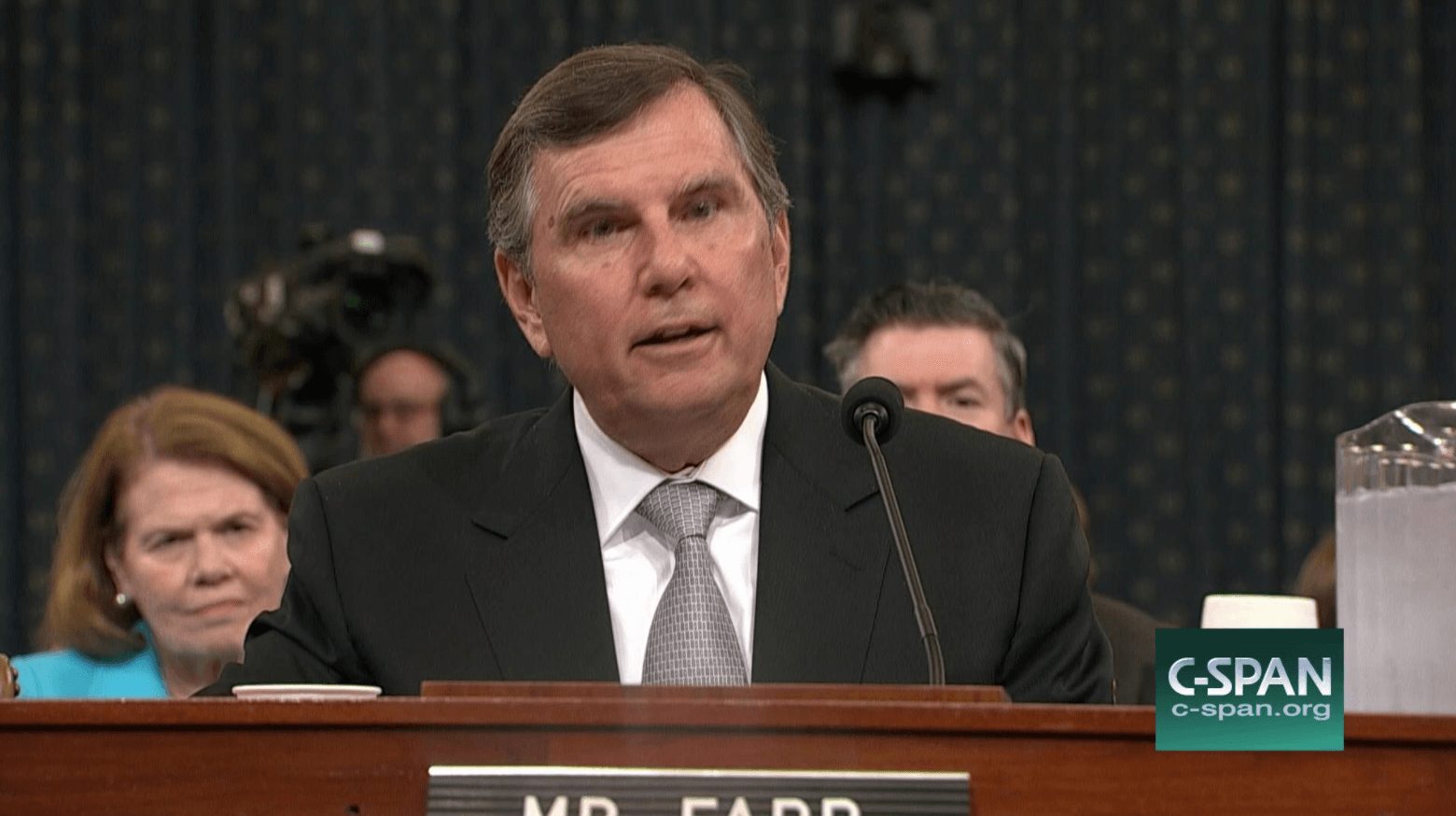 American manufacturers are investing hundreds of millions in the U.S. in anticipation of Congress passing the Trump administration’s tax reform bill, but warn of a swift reversal if lawmakers are unable to deliver.

“We are investing in anticipation of Congress passing a tax reform bill,” David Farr, the chairman of the National Association of Manufacturers (NAM), told The Daily Caller News Foundation. “I think the key issue Congress has to understand is that we think something is going to get done, and if it doesn’t get done, the U.S. economy will be hurt.”

Farr doesn’t just represent upwards of 14 million manufacturing workers nationwide as the NAM chairman, he’s also served as the chairman and CEO of Emerson Electric, a company that employs 80,000 worldwide, since 2000.

“We believe that he will deal with regulations, he will deal with infrastructure, he will have a plan for education, and will deliver on tax reform. My (Emerson’s) capital spending this year is going to be up a little over 10 percent. Next year, I plan to raise it 15 percent,” Farr told TheDCNF. “Manufacturing is doing this now because we are thinking about higher growth in 2019 and 2020.”

While he says that his company and NAM members plan to keep up the pace of their investment, he told TheDCNF they can pull “it all right back out.”

“There is no question that the rally in the stock market has baked into it reasonably high expectations of us getting tax cuts and tax reform done,” Mnuchin told Politico’s “Morning Money” podcast. “To the extent we get the tax deal done, the stock market will go up higher. But there’s no question in my mind that if we don’t get it done you’re going to see a reversal of a significant amount of these gains.”

“If it doesn’t get done, U.S. business will sour and you will start seeing investments pull back in. It won’t just be U.S. companies, I think foreign companies will pull back also if they see a failure from Congress,” Farr said.

The NAM chairman was one of the first Fortune 500 CEOs to come out and support Trump during the 2016 campaign and he’s served as an outside adviser to the president on tax reform. Farr can even sound like the president, using similar examples and terminology Trump employs when selling tax reform.

“If I look at the small and medium size business in NAM, which are really the lifeblood of U.S. manufacturing. You watch them lose business to foreigners coming out of China, India, and Mexico,” Farr told TheDCNF. “The infrastructure was put in place by the governments to support the investment in manufacturing. I’ve seen these factories close down. I’ve had to move jobs to compete.”

“What’s happened is companies have had to globalize their workforce to try to find the best cost solutions for manufacturing. That puts a lot of pressure on the U.S. The supply base has been pushed out and not invested and not supported. So we (large corporations) have moved to try to find that. We’ve had the flexibility of moving, but small and medium size companies don’t have that.”

The typical small and medium size business Farr is picturing when he pitches tax reform to the president, members of congress and the media is one in places like “Indiana, Iowa, and Texas.”

“They are not a global company and they don’t have the global reach that a large company like Emerson has or the big multinationals, like General Electric. It’s these small, regional guys that actually employ most of the people in the United States. They have no place to go,” Farr told TheDCNF. “So when the are being beaten up by the foreign competition, because of the cost structure, they are going to shut down and lose their jobs. I see that day-after-day in the small to medium sized towns we operate in.”

Farr is willing to admit that he does not think the U.S. will ever fully recover the jobs and capital losses overseas, but he does believe we are in a “unique” position to make the global playing field more level for a number of industries.

“My perspective is the pressure will go from in our face to our backside. The pressure will be (both domestically and from foreign entities) to invest back in the United States. We are the most productive, the most innovative, the most hardworking people—bar none—in the world. We are the best. You just give us a chance to win, we are going to win,” Farr said in a manner reflective of the president.

The chairman went to Capitol Hill Wendesday to discuss tax reform with a bipartisan group of senators.

The Senate is expected to pass a budget resolution Thursday evening that will be the first step in the administration’s push to overhaul the tax code.

The administration released a rough outline and talking points for its tax reform bill in late September. It plans to cut the corporate tax rate from 35 to 20 percent, and to shrink the number of individual tax brackets from seven down to three tiers at 12 percent, 25 percent and 35 percent. Other possible features could include a one-time repatriation tax for income held overseas and a repeal of the estate tax.

Previous Article
Breaking: Congress Now Investigating Cover-Up of Russian Bribery In Hillary Clinton’s Uranium Deal
Next Article
Chelsea Handler Is Going Off The Air And The Reason She Is Giving Is Her Best Joke Yet