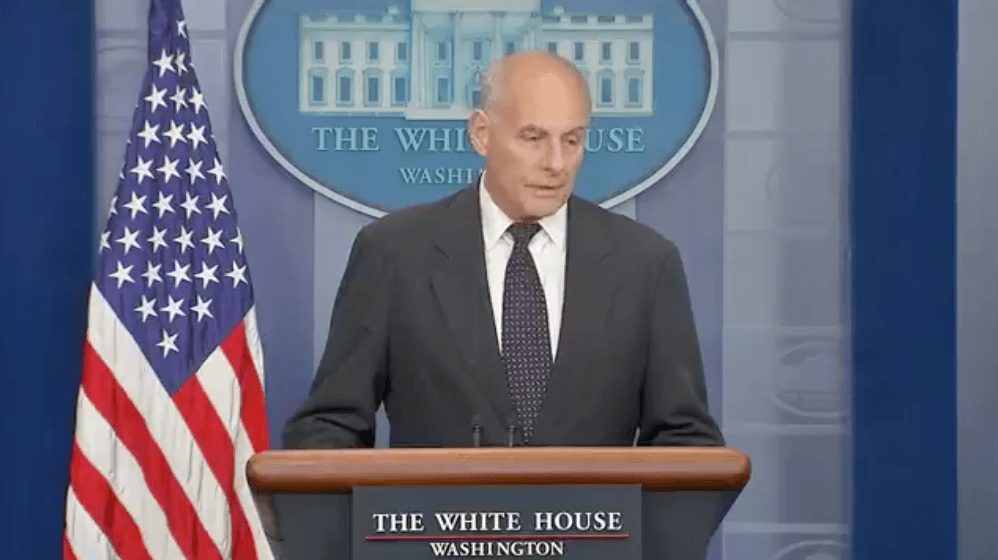 Kelly’s remarks were emotional as he spoke about his own son who lost his life in Afghanistan. He also walked through the process of how dead American Servicemen and Servicewomen are transported back home.

Kelly then moved into an absolute evisceration of Congresswoman Frederica Wilson who has made her name in recent days by publicizing the contents of President Trump’s phone call to the mother of a fallen American Soldier. Referring to her several times as an “empty barrel”, Kelly recounted a story from several years ago when he attended a dedication of a new FBI building in Florida where Wilson spoke. Kelly recounted how, after emotional tributes to two fallen FBI agents for whom the building was named, Wilson took the microphone to call attention to herself for having secured funding for the project.

Kelly closed the briefing by only taking questions from those who knew, or were part of, gold star families.