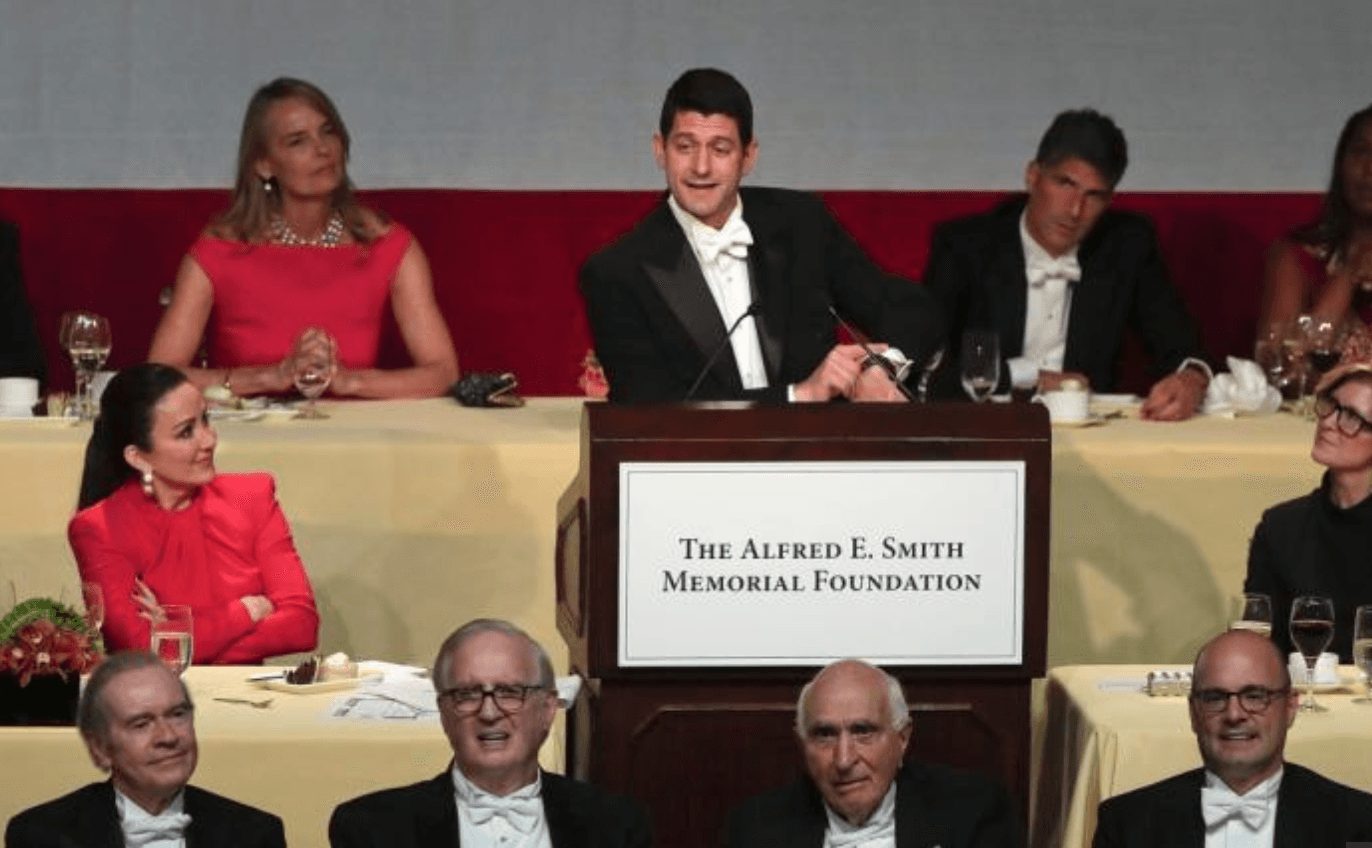 As keynote speaker at the annual Al Smith dinner, which Trump attended as a candidate last October with Democratic presidential candidate Hillary Clinton, Ryan riffed on topics ranging from the president’s tweets to whether there are really conservatives in Hollywood.

Here are some of his best jokes.

Previous Article
Frederica Wilson Just Responded To General Kelly And What She Said Is Disgusting
Next Article
Breaking: Gold Star Widow Releases Trump’s Call After Husband Was Killed In Afghanistan