WATCH – NFL Player Who Sits For National Anthem Gets Ejected 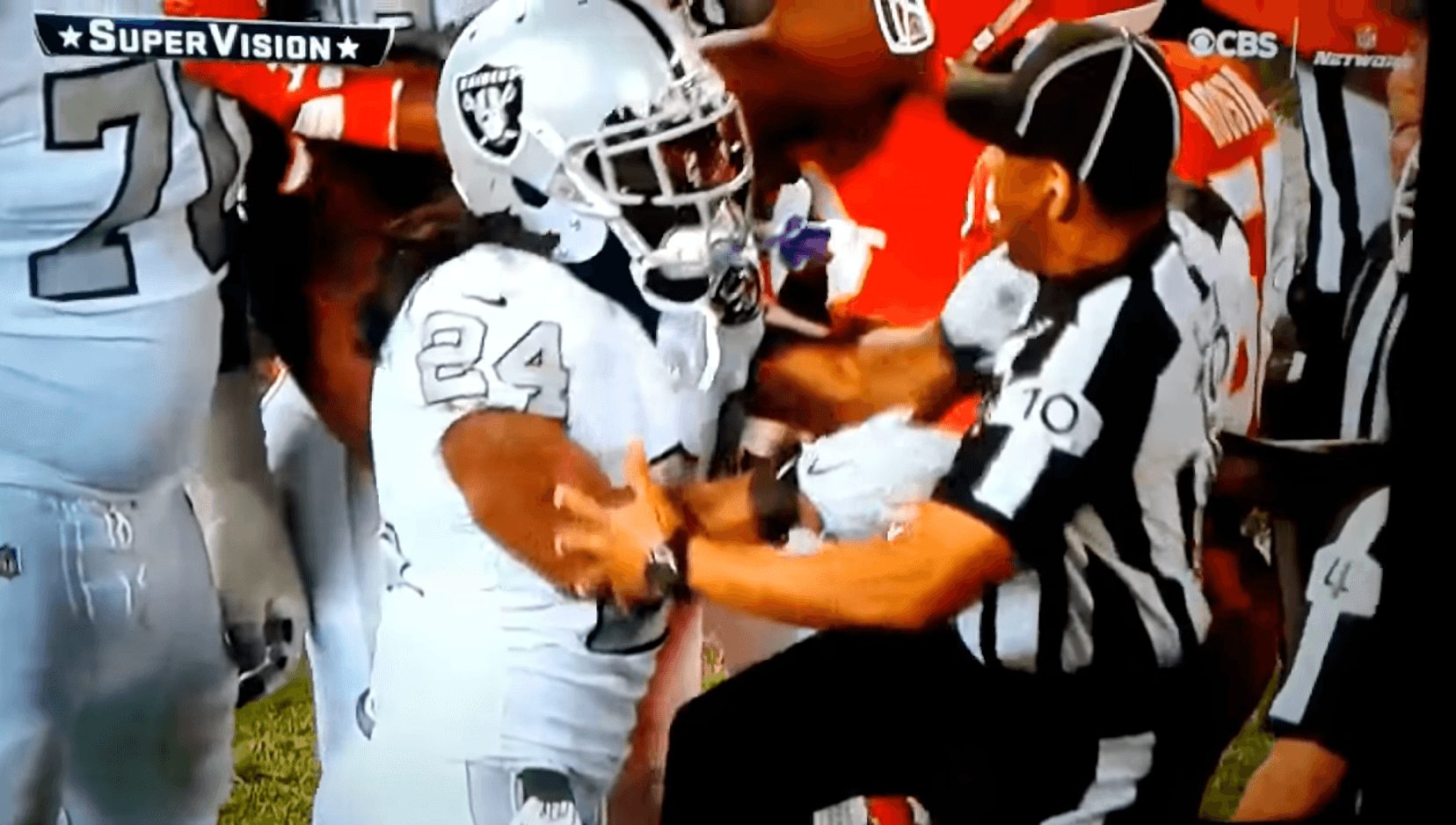 Lynch was ejected from Thursday’s game after he came off the bench and grabbed and pushed a referee during a scuffle with the Kansas City Chiefs.

After a play in which Raiders quarterback Derek Carr was on the receiving end of a late hit, players started shoving one another. Lynch, who was on the bench for the play, sprinted onto the field and into the scrum. As the referees were pulling players apart, Lynch could be seen shoving one of the officials.

The official threw a flag and ejected Lynch.

Even without the shoving of the official, Lynch would likely have been ejected from the game for coming off the bench to involve himself in a fight on the field.

ESPN reports the fine for a player getting physical with an official is $30,387, and Lynch could face another $79,411 loss of income for each game he misses, if he is suspended.

Whatever the fine may ultimately be, it should not be a problem for Lynch. It has been widely reported that he’s saved every penny he’s ever made playing professional football, brought $50 million.

Lynch, who does not give interviews, has made headlines for refusing to stand for the national anthem before games.

Previous Article
Breaking: Gold Star Widow Releases Trump’s Call After Husband Was Killed In Afghanistan
Next Article
After Claiming She Would No Longer Comment – Rep. Wilson Went Back On TV To Bash Gen. Kelly One More Time