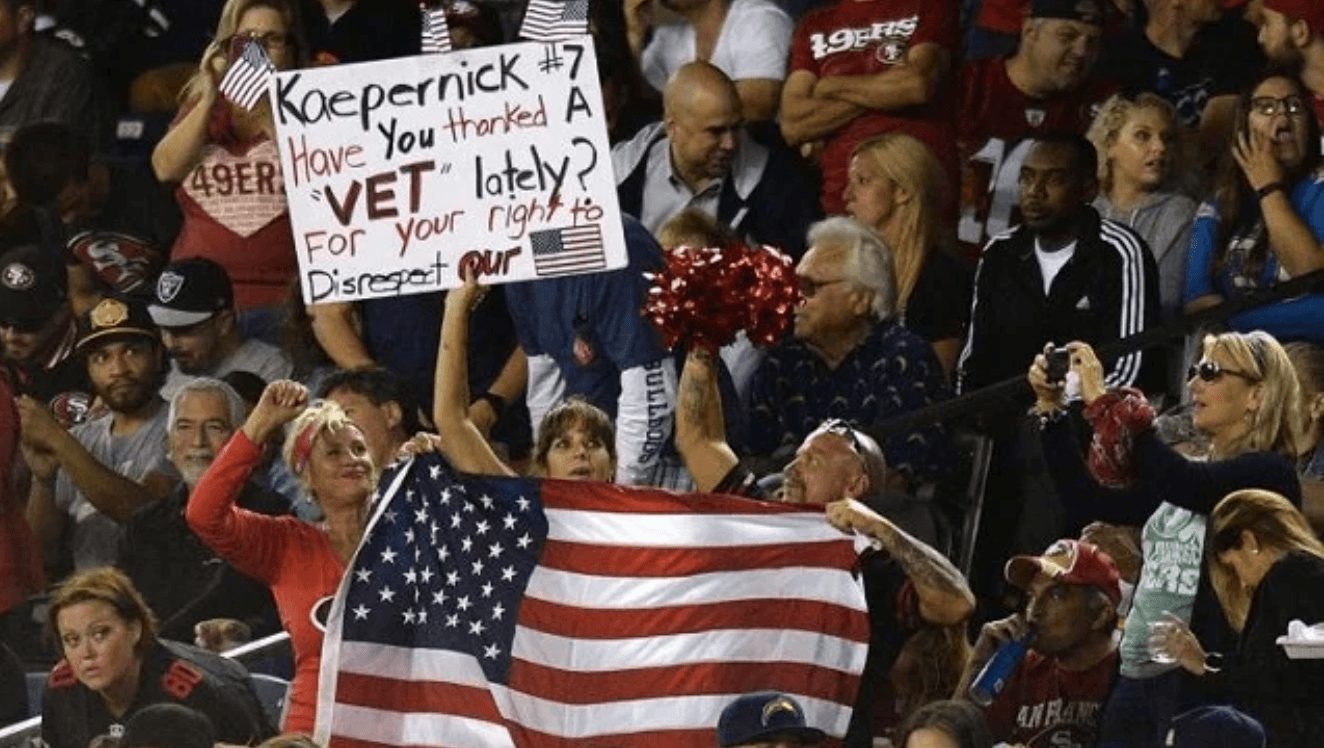 Much has been made of the free fall in TV ratings currently being experienced by The NFL as a result of players protesting The National Anthem. What has drawn less attention however is the startling lack of attendance at games where those protests are taking place. NFL Commissioner Roger Goodell has attempted to split hairs by suggesting that players stand during the anthem but not taking any punitive action against those who refuse.

On Thursday evening the Oakland Raiders took on the NFL’s top team, the Kansas City Chiefs.

Here is what Sheriff David Clarke had to say:

NFL is running a FAN APPRECIATION promotion. What a CROCK. If Goodell/players appreciated fans they would stop disrespecting our anthem. pic.twitter.com/y8Xlacxeth

And here is what the stands looked like at game-time:

Here are some pictures from last Sunday that show just how strong the boycott has been:

Not a good time to be running an NFL team…

Previous Article
Be Smart: Here Is Everything You Need To Know About Republican’s Plan For Tax Reform
Next Article
Marc Cuban And The Dallas Mavericks Just Made An Epic Statement During The National Anthem