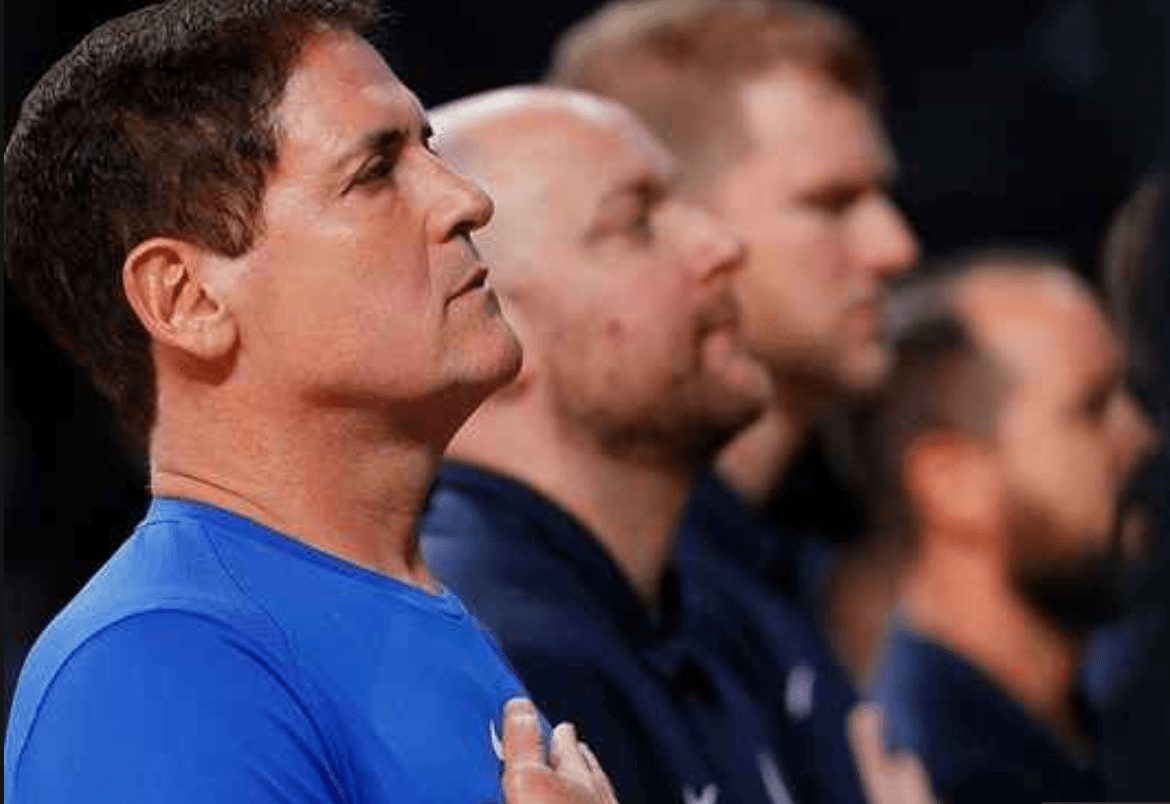 March Cuban and The Dallas Mavericks took the court last night and left no room for doubt as to where they stood regarding America’s flag and The National Anthem.

The Mavs, as they are known, played a video honoring the flag, American in general and the people of Dallas.

“From my view, high above, I see a city and country where the people respect me for who I am and what I represent,” the narrator said.

The video features players, fans and owner Mark Cuban with their hands over their hearts.

“I am the American flag. I am our country’s common ground,“ the video continues. ”The most recognizable symbol in the world. One nation, under God, indivisible, with liberty and justice for all.”

“I ask you to join together now and sing our national anthem,” it concludes.

After the video all players from both teams stood for the National Anthem and local reporting confirmed that the reaction was a standing ovation.

Conversely, NFL Commissioner Roger Goodell confirmed that they would not make it mandatory for their players to honor the American Flag and National Anthem.