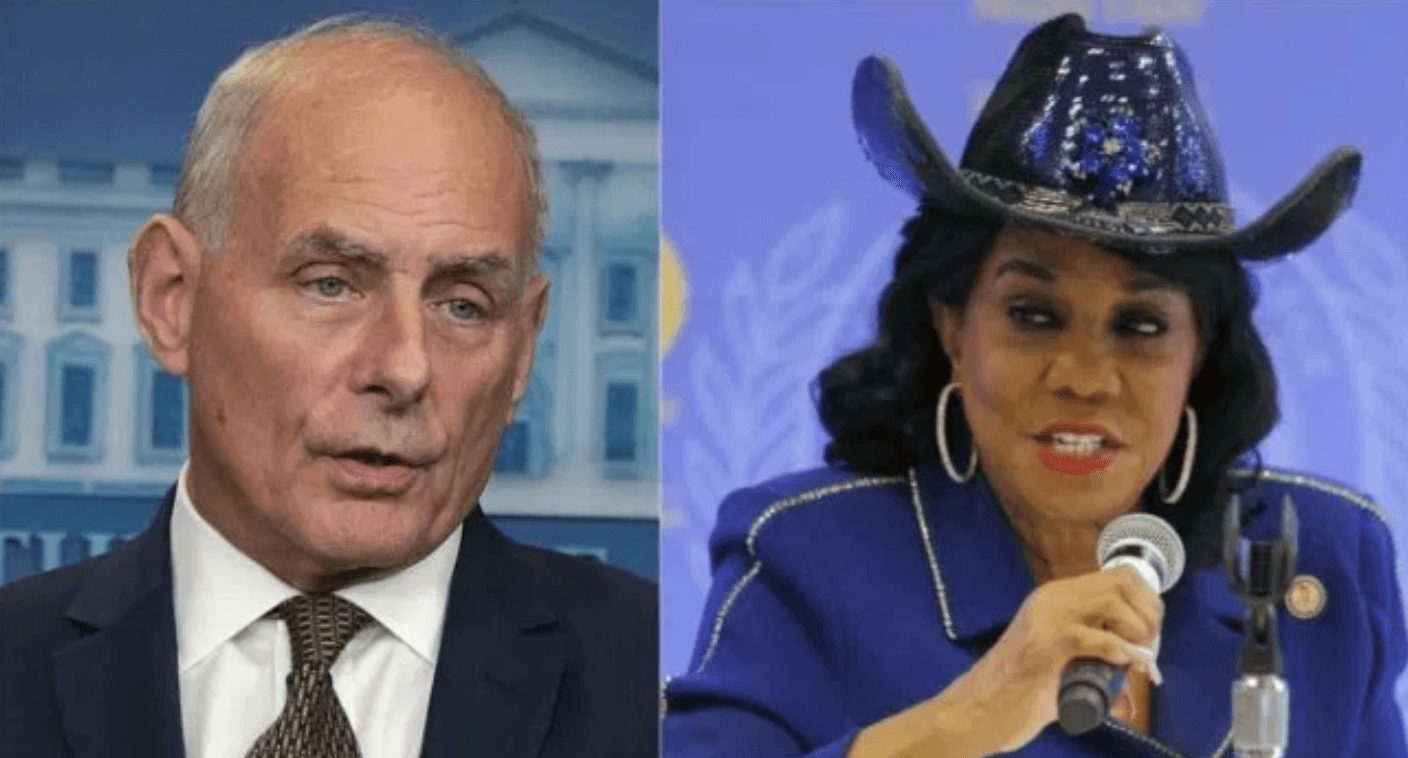 Democratic Rep. Frederica Wilson claimed Friday that White House Chief of Staff John Kelly used a “racist term” when he described her as an “empty barrel.”

Kelly made the remark during a press briefing Thursday while defending a phone call that President Donald Trump made to the widow of a fallen soldier.

The Daily Caller News Foundation could not find any instances where “empty barrel” has been used as a racial epithet.

During an interview Friday on CNN, Wilson claimed she had looked up the term “empty barrel” in the dictionary and found it to be a racist term.

“That’s a racist term,” said Wilson. “We looked it up in the dictionary because I had never heard of an empty barrel. And I don’t like to be dragged into something like that.”

But TheDCNF found no evidence that the term has racial connotations. The phrase originated from the proverb “empty vessels make most noise” that dates back to at least the 15th century.

TheDCNF also found no informal use of the term that would suggest a racial connotation. Even Urban Dictionary, a crowdsourcing website for slang terms, did not list any definitions of “empty barrel” or “empty vessel,” as of Friday morning.

Famous writers have used the expression over the centuries. Playwright William Shakespeare used it in Act 4 of “Henry V.” “I did never know so full a voice issue from so empty a heart: but the saying is true ‘The empty vessel makes the greatest sound,’” wrote Shakespeare.

The famous author Jonathan Swift wrote, “I have always observed that your empty vessels sound loudest.”

Writers have even attributed the phrase to Plato, although there’s no evidence he actually said those words. “An empty vessel makes the loudest sound, so they that have the least wit are the greatest babblers,” Plato allegedly said.

Being called an “empty barrel” is by no means a flattering term, but it’s not a racial slur as Wilson claims.

Previous Article
New: Report Details Exactly What Harvey Weinstein Did In Front Of Employees As Sex Allegations Broke
Next Article
Nancy Pelosi Went On The View This Morning And Meghan McCain Did Not Mince Words – [VIDEO]