While Other NFL Players Kneel, Tom Brady Made A Powerful, Pro-America Statement Before The Patriots Game 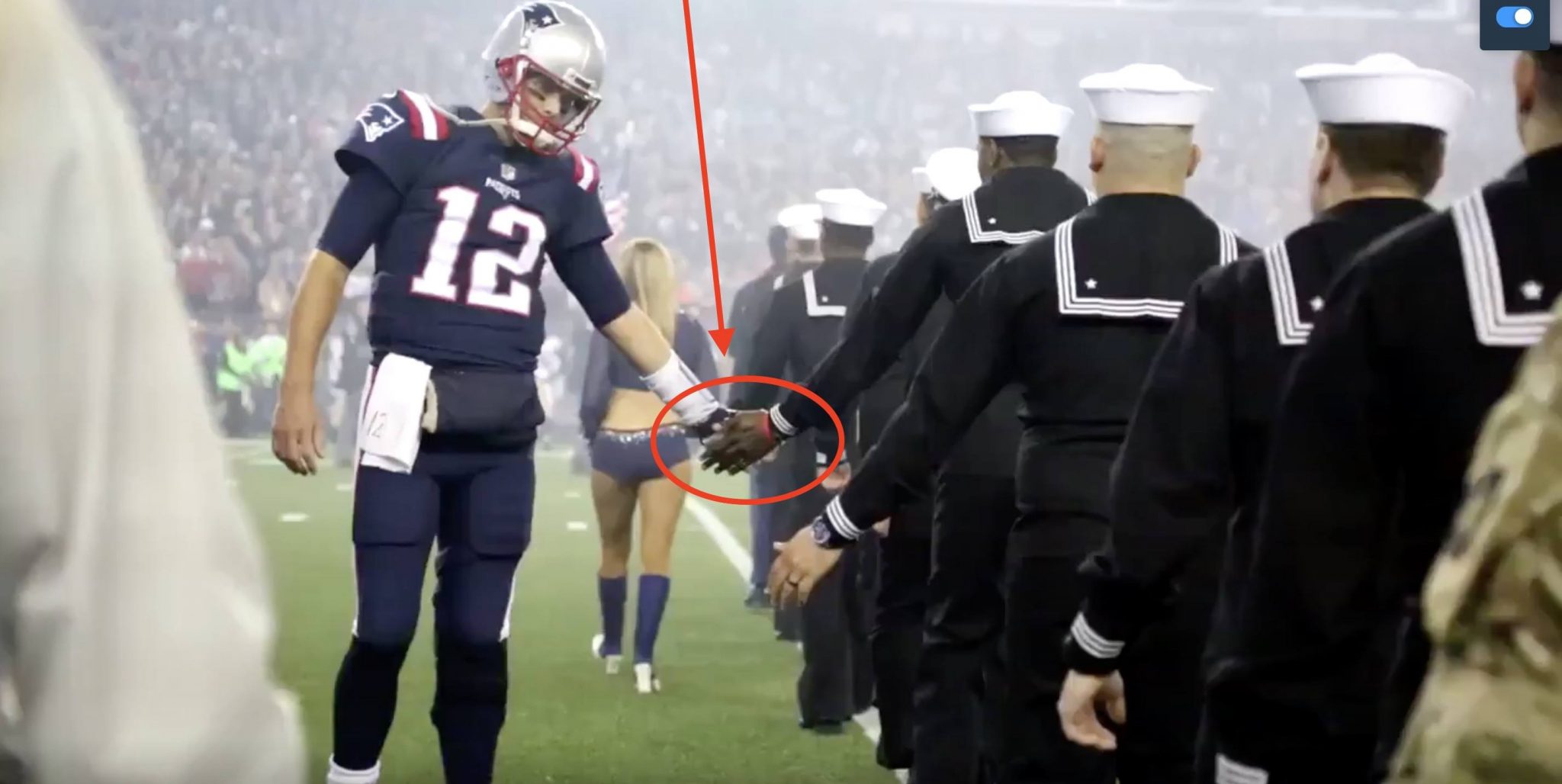 The NFL has taken a swift spiral downward after the mass anthem protests gripped the league.  Fans have burned their gear, ratings have dropped through the floor and stadiums are empty. However, some players have kept their respect for the anthem and our flag.

Before leading the New England Patriots to a 23-7 victory over the Atlanta Falcons on Sunday night, star quarterback Tom Brady greeted some of the 200 military members who are guests of the Patriots for Sunday Night Football.

Roughly 200 members of the military were honored on the field prior to the game. Brady and wide receiver Chris Hogan made sure to pay their respects in the form of high-fives.

According to 247Sports, the decision to bring members of the military on the field was initiated by Patriots player and active Navy member Joe Cardona:

The 200 military members were guests of the team as they donated tickets for them to come to the game.

The idea to invite the military members to Gillette for the primetime contest was sparked by Patriots long snapper and active Navy member Joe Cardona along with special teams ace Matthew Slater.

Powerful. More of this.