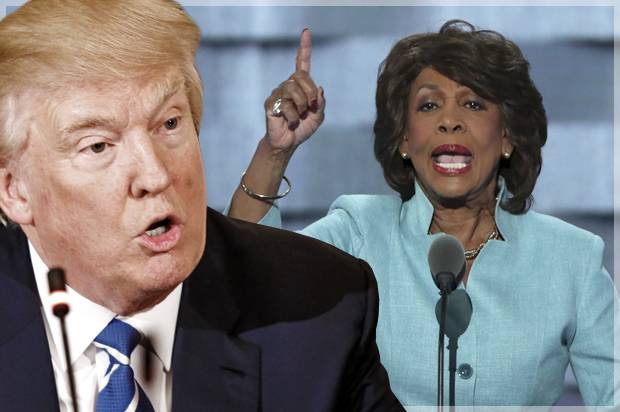 Waters wants Kelly to apologize for his remarks toward Democratic Rep. Frederica Wilson of Florida about the president’s phone call with the pregnant widow of Army Sgt. La David Johnson. Wilson claimed earlier this month that Trump was disrespectful during his conversation with the widow.

“Gen. Kelly has been tainted by Trump lying in the face of facts. Hasn’t he seen the same video of Rep. Wilson that everyone else has seen?” Waters, a California Democrat, tweeted Saturday afternoon. The calls became controversial after Wilson told a reporter that Trump made “insensitive” remarks during his conversation.

Gen. Kelly has been tainted by Trump lying in the face of facts. Hasn't he seen the same video of Rep. Wilson that everyone else has seen?

“If the wife and family of Sgt. Johnson feel they were disrespected by Trump, then they were disrespected. Period!” Waters added in a follow-up tweet. “Gen. Kelly, you earned 4 stars & had a successful career. Now you’ve fallen prey to a ‘moron’ in an effort to protect his career. Apologize.”

During his remarks on Thursday, Kelly, whose son was killed in Afghanistan in 2010, said that Wilson’s remarks to the media “stunned” him. He also gave an emotional description of the process by which soldiers killed in combat are returned to the U.S.

Trump’s comments that Johnson “knew what he was getting himself into” was meant as a commemoration of the veteran’s sacrifice, Kelly said during the press conference.

“If you elect to call a family like this it is about the most difficult thing you can imagine. There’s no perfect way to make that phone call,” said Kelly, a retired Marine general.

Previous Article
Traitor Bowe Bergdahl Just Explained the Difference Between the Taliban and the US Army – It’s Despicable
Next Article
Maxine Waters Just Threatened To ‘Take Out Trump.’ The Punishment She Is Facing Could Be Very Severe