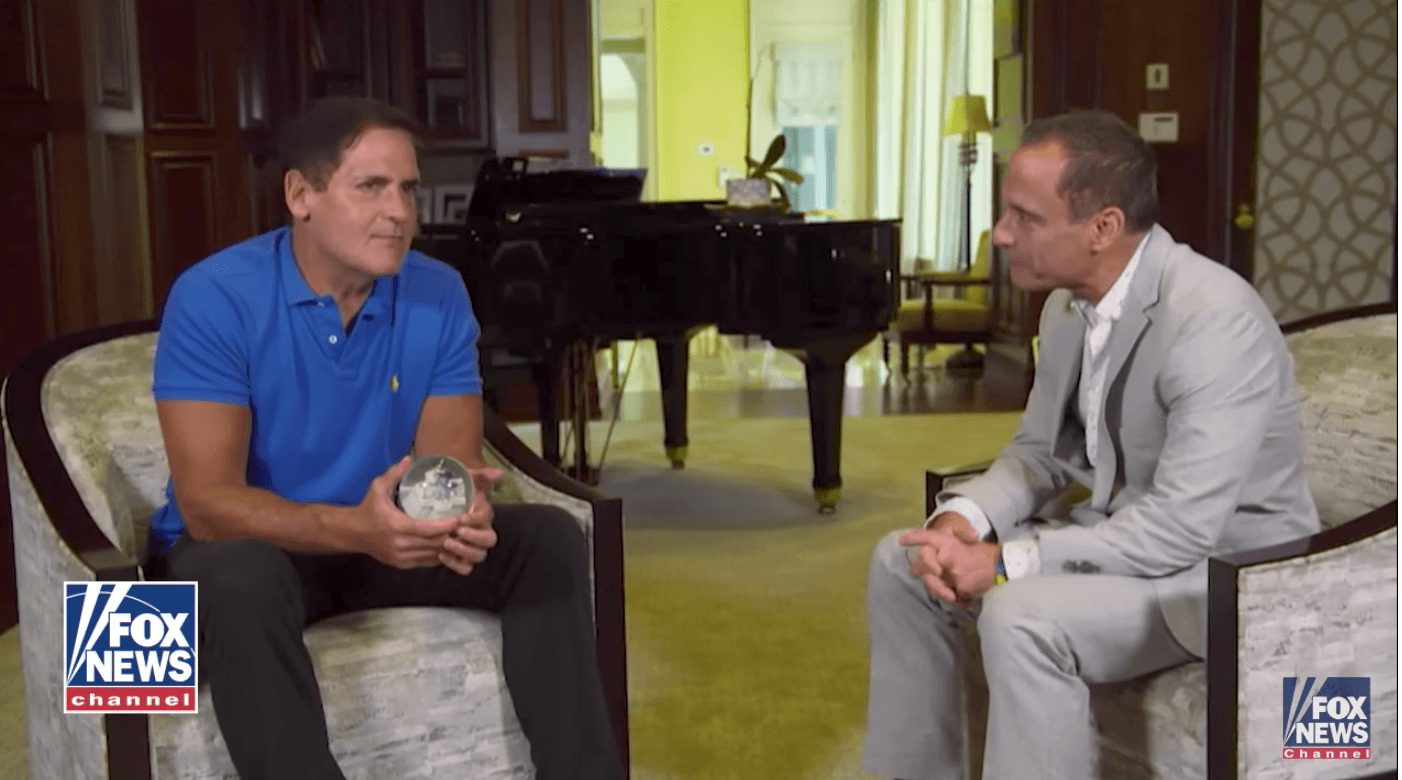 Mark Cuban has not been shy about his political aspirations, frequently blasting President Trump and even questioning his business acumen.  Memorably, he wore a T-shirt to a game for his Dallas Mavericks NBA team shortly after the 2017 Inauguration that teased a 2020 presidential run.

However, until this weekend, Cuban had not revealed what party he would run under should he run in 2020.

In an interview with TMZ’s Harvey Levin, the Dallas billionaire revealed that he would run as a Republican should he run in 2020, meaning that President Trump could be facing a primary challenge from another wealthy businessman with TV experience. Left unsaid in the interview was Cuban’s 2015 comment that Trump was “the best thing to happen to politics in a long time”, which the celebrity TV host and tech magnate likely wishes would be forgotten.

In fact, Cuban has gone from Trump backer to opponent and back to fan, in the course of just two years. After saying Trump had “changed the game in politics” in July 2015, Cuban switched to become an ardent backer of Hillary Clinton, announcing in July 2016 that he was on the “NeverTrump train”.  Then it was back to praising Trump, calling the President’s surprise deal with Congressional Democrats “really smart”. It remains to be seen whether the Mavericks owner undergoes yet another transformation, which would be his fourth in less than three years.

However, should Cuban decide to get into the race in 2020, we could see an unprecedented Billionaire-on-Billionaire fight within the Republican Party.

Previous Article
Maxine Waters Just Threatened To ‘Take Out Trump.’ The Punishment She Is Facing Could Be Very Severe
Next Article
Monica Lewinsky Just Weighed In On the Weinstein Sex Scandal – Hillary Will NOT Be Happy