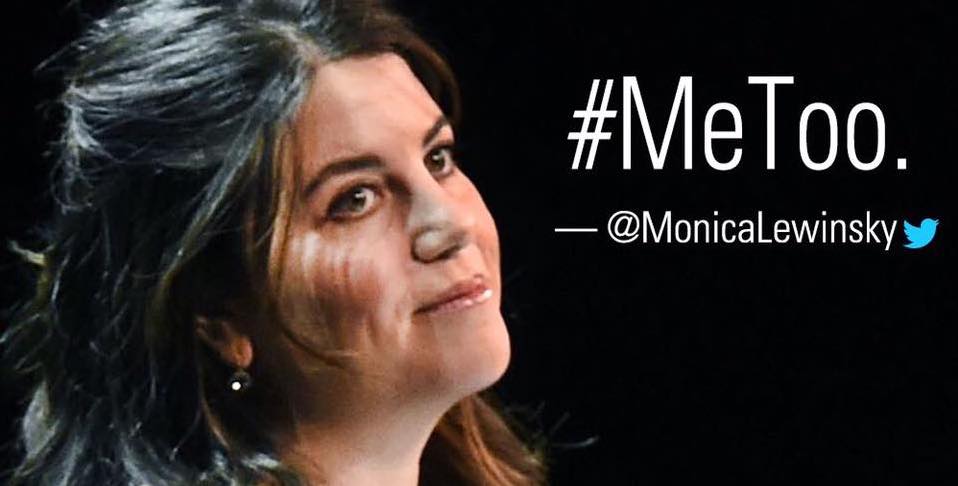 As the horrific sexual assault revelations about Harvey Weinstein come to light, more and more women are coming forward with their own experiences with sexual assault. The hashtag #MeToo was started to encourage those who have been assaulted to come forward and share their story. The hashtag has been shared millions of times on social media and many prominent women have come forward to share their stories.

One of those women is Monica Lewinsky.

Lewinsky is famous for her two year affair with Bill Clinton in the late 1990s. Clinton lying about the affair under oath led to his eventual impeachment. The subject is a sore one for many Hillary supporting democrats who voted for Clinton as a feminist icon. The reminder that Bill Clinton was also accused of sexual assault and connection of Monica will not be welcome for Hillary, who has sought to distance herself from the scandal involving one of her most high profile donors.

Last week, Monica tweeted the hashtag along with this message:

To all the women sharing stories of sexual assault and sexual harassment, thank you for your bravery to speak up. You are not alone.

This will certainly not be a welcome reminder for Clinton.