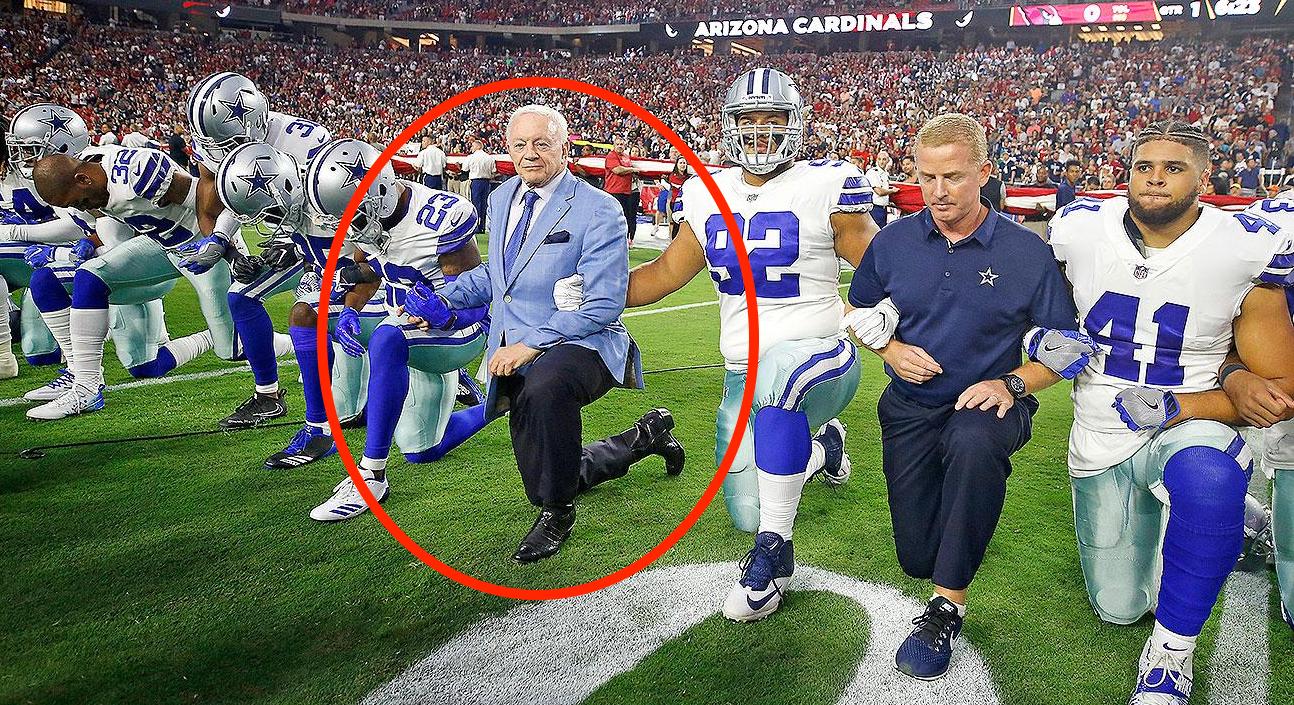 The NFL has been gripped by negative press and fan fallout after mass anthem protests spread across the league.

Cowboys owner Jerry Jones took a knee himself on the outset of the protests to show solidarity with his players.

Since then, Jones has been an outspoken advocate against kneeling. He has said very bluntly that players on his team will respect the flag and that he does not think the national anthem is the right time to protest.

“I do not think the place to express yourself in society is as we recognize the American flag and all the people that have made this great country,” Jones said in an interview with Fox Business Network.

“That’s not the place to do anything other than honor the flag and everybody that’s given up a little for it,” he added.

The NAACP has since accused Jones of attempting to violate his players’ rights.

Now, Jones has gone a step further, saying that the league has been “damaged” by the protests. In an interview with the Dallas Morning News, Jones said:

Based on data, Jones is right. The popularity of the NFL is at an all time low and attendance is declining.

Previous Article
Snoop Dogg Bashes Trump Again – But What He Says About The NFL Will Make People Pissed
Next Article
After Mass Anthem Protests, Police Are Getting Their Revenge on the NFL. Here’s How They’re Doing It…