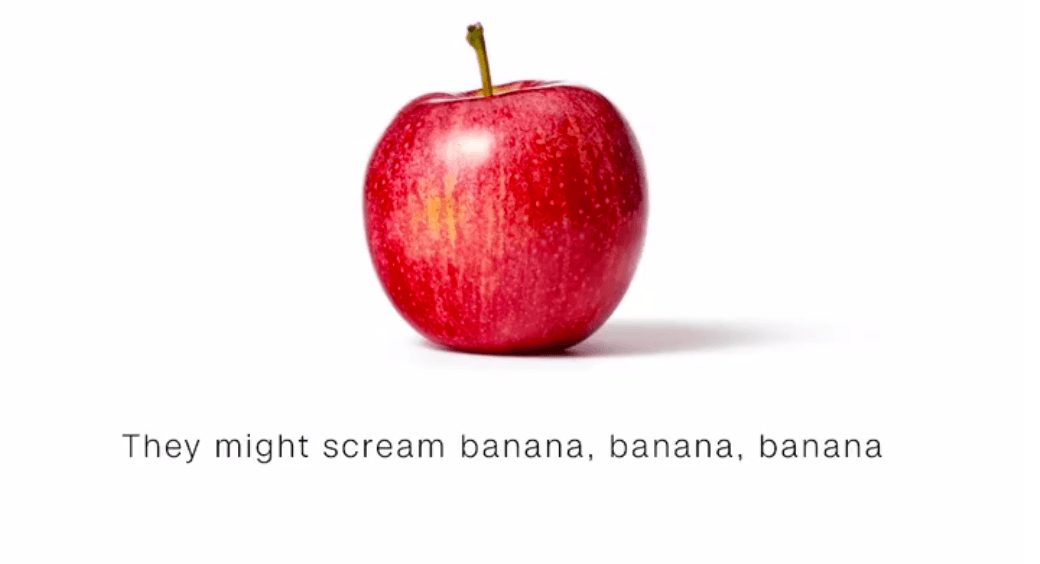 In an attempt to combat the “Fake News” label with which they have been pinned by President Trump, CNN released a new ad Monday that uses fruit in a bizarre attempt to explain why they are in fact not inaccurate. There are a number of problems with this approach, starting with the fact that if you have to say you’re not “fake news”, then you most likely are at times “fake news”.

“Some people might try to tell you that it’s a banana.” #FactsFirst pic.twitter.com/LbmRKiGJe9

This looseness with the truth was most apparent in CNN’s coverage of the “Russia conspiracy” that supposedly involved President Trump in cahoots with a foreign power in order to “steal” the election. As if their open advocacy for Hillary Clinton were not enough, the network simply could not help itself from continuing to bash Trump once he became President, facts and accuracy be damned.

Now the same network whose support for the Democratic candidate led to it being dubbed “the Clinton News Network” is proclaiming its devotion to the facts. Count us as skeptical.

Previous Article
After Mass Anthem Protests, Police Are Getting Their Revenge on the NFL. Here’s How They’re Doing It…
Next Article
Watch These College Students Praise Bernie Sanders’ Tax Plan… Until They Find Out It’s Actually Trump’s