After Mass Anthem Protests, Police Are Getting Their Revenge on the NFL. Here’s How They’re Doing It… 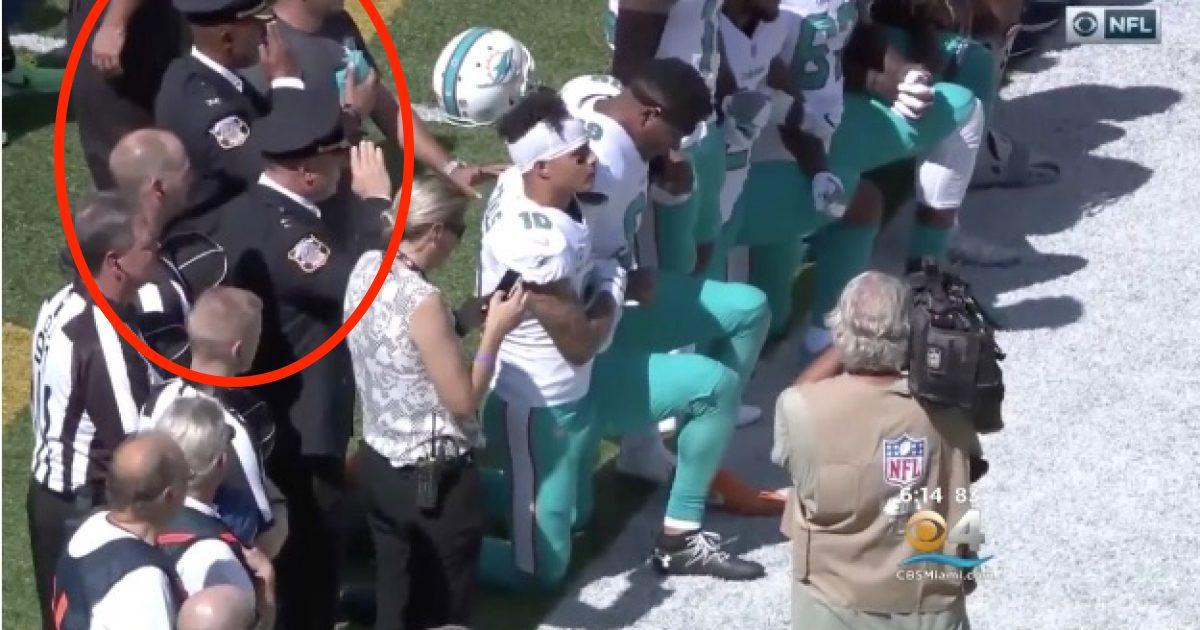 Police officers are now protesting the NFL protest in their own special way.

For every NFL game, hundreds of police volunteers are required to secure the players and the field. Now, in the wake of anti-cop and anti-police protests that have gripped the league, police are refusing to volunteer for the gigs.   The NFL is seeing hundreds of officers refuse to show up and help secure their games. Reports are out that the number of off-duty officers working NFL games are  a third less than usual.

According to the Washington Examiner:

Rather than 400 officers, just 270 were expected to help maintain order as the New York Jets played the home team.

As of Friday, only 175officers had volunteered to work the game, requiring some officers to be forced into working. Those who worked will be paid overtime.

Last month, Cleveland police officers refused to hold the American flag during pregame ceremonies due to the controversy.

Cops not volunteering for the game is certainly hurting the league, which is already suffering from a major PR crisis after the anthem protests. The NFL is at an all time low in popularity and fans are fleeing the stadiums.

Previous Article
Cowboys Owner Jerry Jones SLAMS Anthem Protesters, Warns that NFL Is ‘Suffering Negative Effects’ of Anthem Protests
Next Article
CNN Is Trying To Convince People They Aren’t Fake News With The Weirdest Ad You Have Ever Seen