After Megyn Kelly Released A Video Attacking Bill O’Reilly, O’Reilly Hit Back in the Most Savage Way Possible 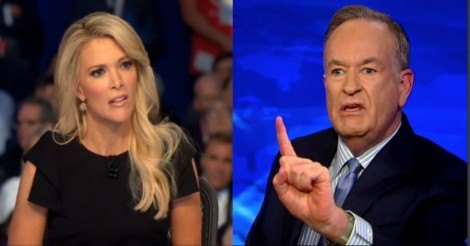 Megyn Kelly dropped a hot take on Bill O’Reilly Monday morning on her NBC morning show. Kelly attacked O’Reilly and Fox News in a five minute segment focused on sexual harassment and the culture of misogyny. In the segment, Kelly went after  O’Reilly specifically stating that she had complained about his behavior.

“O’Reilly’s suggestion that no one ever complained about his behavior is false. I know because I complained.” @megynkelly on Bill O’Reilly pic.twitter.com/BO8ifQcJbu

The New York Times recently published a new expose on O’Reilly, showing that he had paid out $32 million to settle sexual harassment allegations against Lis Wiehl, a former Fox News legal analyst. In response, Bill O’Reilly posted a series of hand written letters from Kelly on his website. The letters were of a complimentary nature, thanking O’Reilly for his support over the years and attendance at her baby shower.

Thanks for the plug on Doug’s book. I realize you didn’t have to do that, especially after mentioning it already.

I appreciate how supportive you have been of me over the years here @ FNC.

You are a true friend + mentor.

What a class act you are, coming to my baby shower. I was truly touched –  I know how busy you are, especially that time of day. It meant a lot to me + Doug. And thank you for the darling bodysuits + snuggly – it’s hard to believe will soon have a little human being in our lives tiny enough to fit in the,

You’ve become a dear friend (no matter what you say) + I am grateful to have you in my life.

O’Reilly also posted a letter from former Fox host Gretchen Carlson, who has since left the network in leu of sexual harassment charges and payout.

Thank you for being the calm in the sea.

Thank you so much for supporting me.

Thank you for being my friend.

It means the world to me

Previous Article
Conservative Actor James Woods Just Had The Best. Tweet. Ever.
Next Article
5 Former Presidents Came Together For A Good Cause. One of Them Had a Secret Message on His Jacket