WATCH: Here Are The 8 Prototypes For The Border Wall – Which One Is Best? 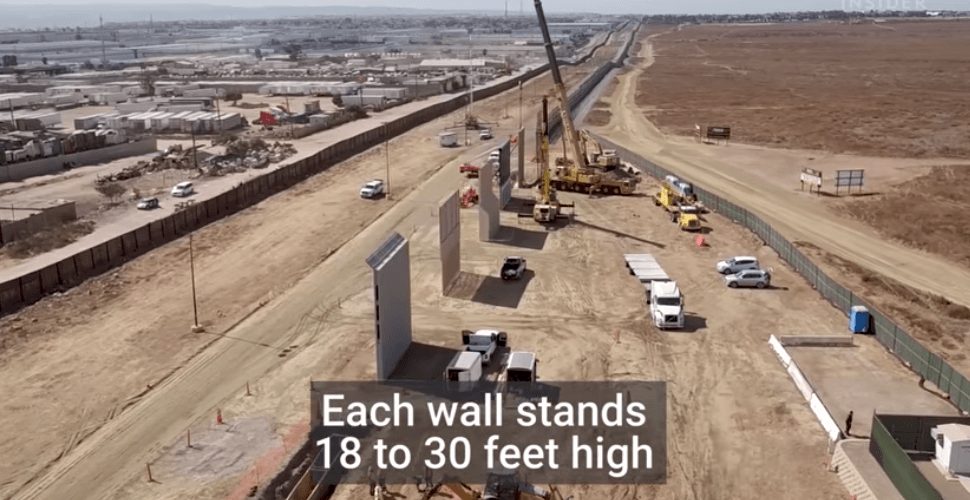 Eight prototypes for the border wall between the United States and Mexico are now nearly finished and stand tall in-between San Diego, Calif., and Tijuana, Mexico.

One of President Donald Trump’s main promises during his 2016 presidential campaign was to build a border wall. The wall prototypes, which are being paid for by sanctioned federal funds, will soon be reviewed to test their effectiveness.

Construction on the eight types of border wall prototypes began in late September. All of the walls are between 18 and 30 feet high. Four are made of concrete and the others are made of an alternate material. The walls were expected to be completed within 30 days and appear to have reached that goal.

One of these eight different prototypes will be reviewed and eventually selected to protect the U.S. border.

The prototypes were supposed to start being constructed in June, but the process was delayed due to protests. Trump has continued to face difficulty getting funding for the border wall from Congress.

The U.S. House of Representatives passed a bill in late September that will allocate $1.6 billion towards Trump’s border wall.

Previous Article
Unbelievable: CA Town Just Repealed A Law Barring Sex Offenders From Offering Candy to Children on Halloween
Next Article
Trump Promised To Give The Grieving Family of a Slain Soldier $25,000. It Arrived With So Much More