Trump Promised To Give The Grieving Family of a Slain Soldier $25,000. It Arrived With So Much More 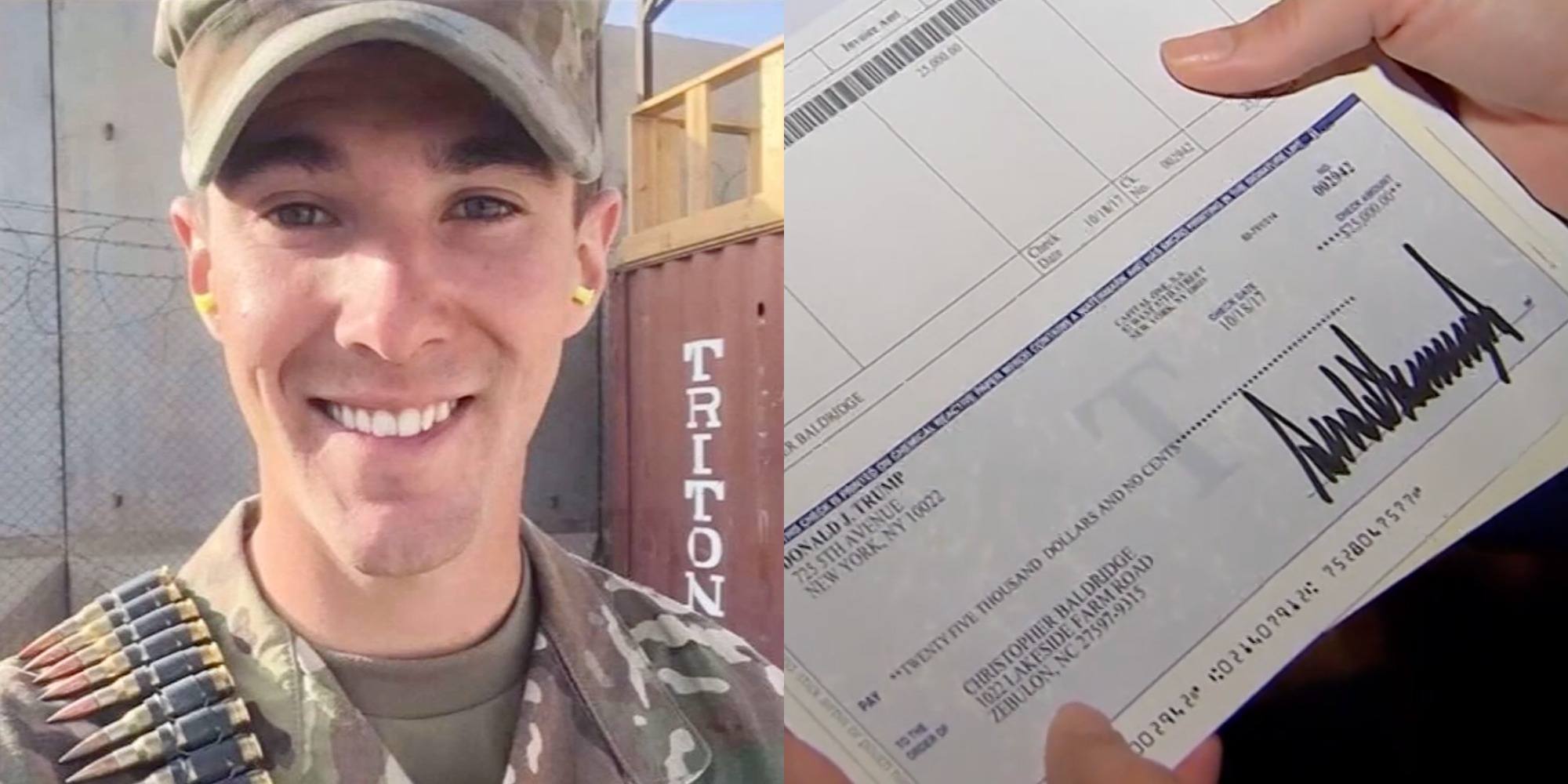 In June, Trump called the grieving family of a soldier killed by the Taliban. Army Cpl. Dillon Baldridge was killed in June in an ambush attack.  To help with the condolences, Trump offered the family a personal check of $25,000. It took four months but the check has finally come through. It arrived in a Fed Ex envelope from the Trump Organization. It was accompanied by a letter, from the President calling their son a hero.

The late Dillon, his wife and children.

The letter from President Trump:

The family has great gratitude to the President plan to use the money to honor the memory of their son.

You can watch the video of the check arriving here.

Previous Article
WATCH: Here Are The 8 Prototypes For The Border Wall – Which One Is Best?
Next Article
Kid Rock Just Made A Definitive Statement On His Senate Campaign And It’s Not What Everyone Thought