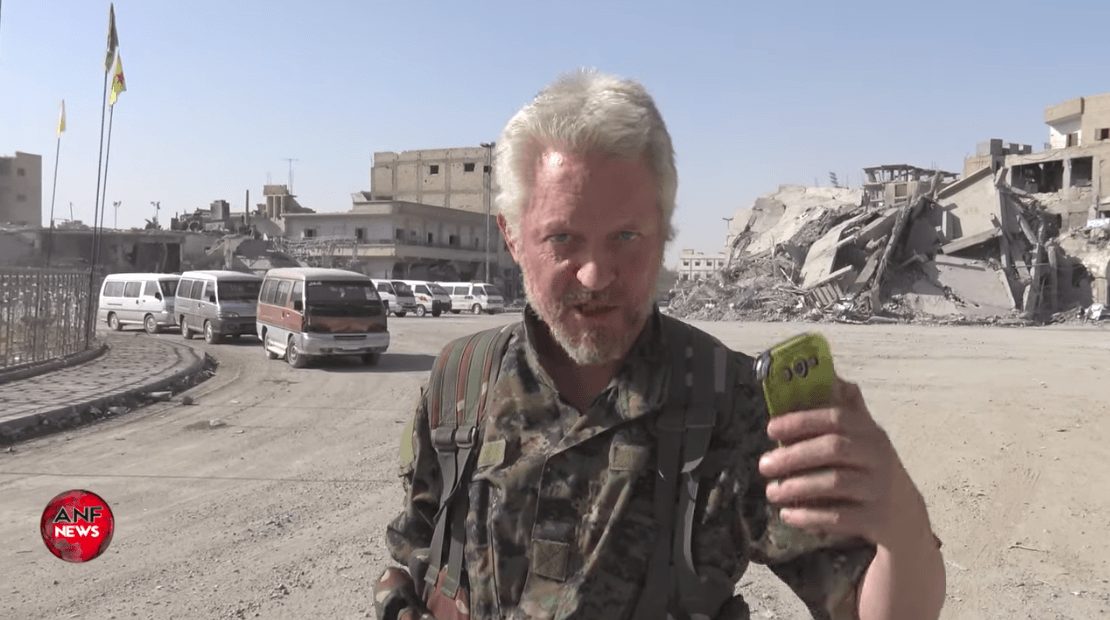 One of the most important stories of the past month has been the liberation of the ISIS capital of Raqqa from the hands of the butchering extremists. Of course, many celebrated this development, but one British actor found a way to top them all.

Michael Enright left a career in acting to join the Kurdish rebels fighting ISIS in 2015, and has been battling the group ever since. As he stood in the square where people were once beheaded by the barbaric terrorists, the actor-turned-soldier, with a tear in his eye, said that “I thought it apropos ‘cause I’m from Manchester, and they came to my city, my city, and they tried to shut up Ariana Grande, that she should be the first one to sing.” He then started playing Bang Bang by the American pop star on his phone in an oddly-stirring moment.

The video continues with the Briton talking about how he performed magic tricks for local kids because ” children can’t understand words, but what they can understand is if you’re nice,” and “I want them to see there’s a difference between honorable men, between men who care for other people, and these butchers, these evil demon worshippers.”

Twitter was quick to weigh in on Enright’s simple action:

Previous Article
Kid Rock Just Made A Definitive Statement On His Senate Campaign And It’s Not What Everyone Thought
Next Article
Mark Wahlberg Asked God To Forgive Him For ‘Boogie Nights,’ Now Wants To Help Young Catholics