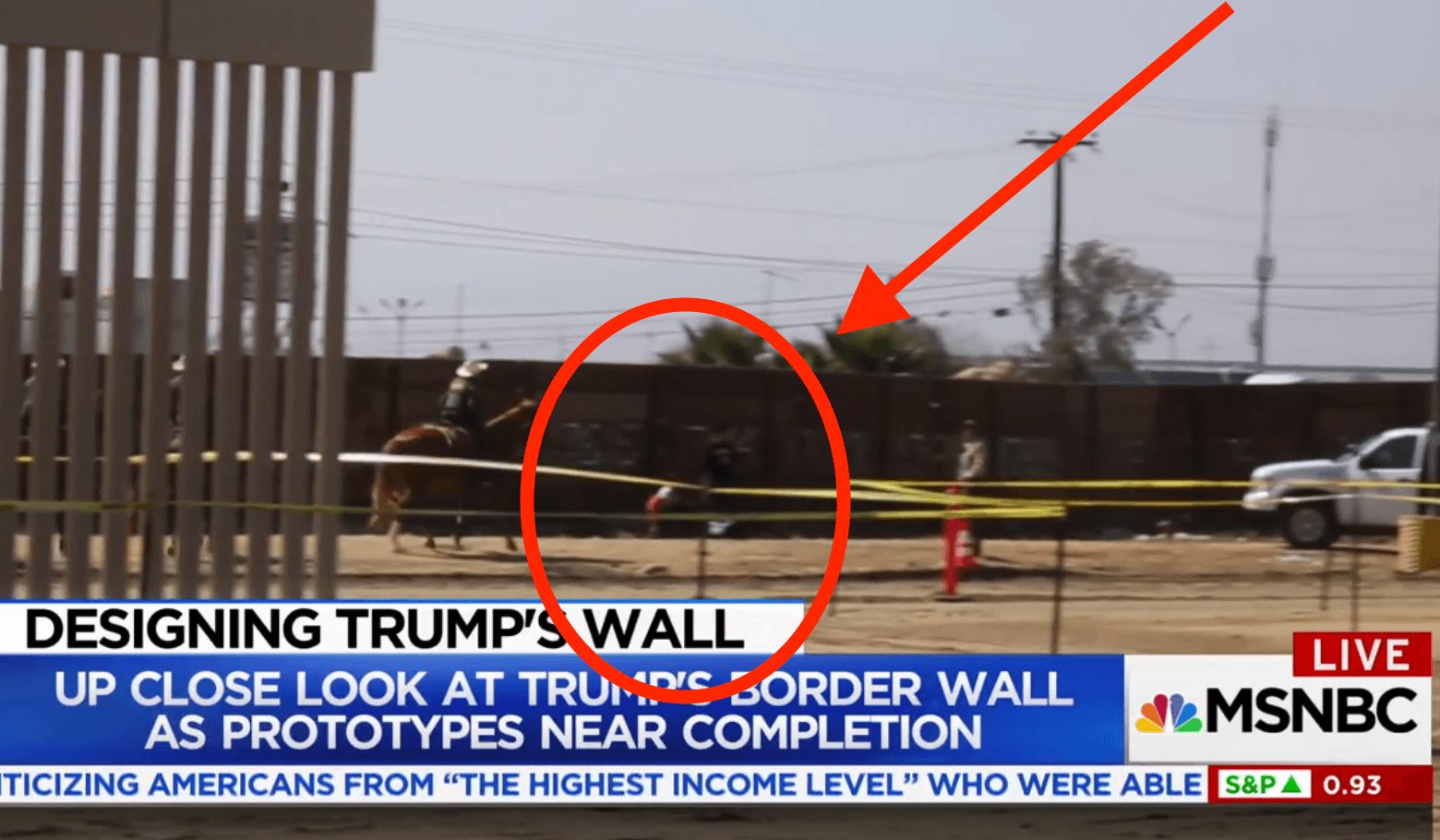 MSNBC reporter Jacob Soboroff was in the middle of interviewing border patrol agent Roy Villareal when three people described as non-Mexican asylum speakers “jumped” the short existing fence and were taken into custody. Later, with the 18-30 foot prototypes of Trump’s border wall looming in the background, Soboroff films from the Mexican side of the fence where the individuals crossed and shows that it’s not even chest high.

Greetings from Mexico. Got an up-close look at Trump's almost-done border wall prototypes from both sides of border. https://t.co/AJULBGx5RP

“This is a reality of every-day border enforcement,” Villareal told Soboroff. “The United States is still the draw, the ultimate draw, for people who have dire situations where they’re at. We’re going to continue to witness this.”

Soboroff then asked how much larger border wall prototypes would be more effective in keeping illegal immigration numbers low.

“Can we do our job better? Absolutely, and I think these walls are going to contribute toward that,” Villareal replied.