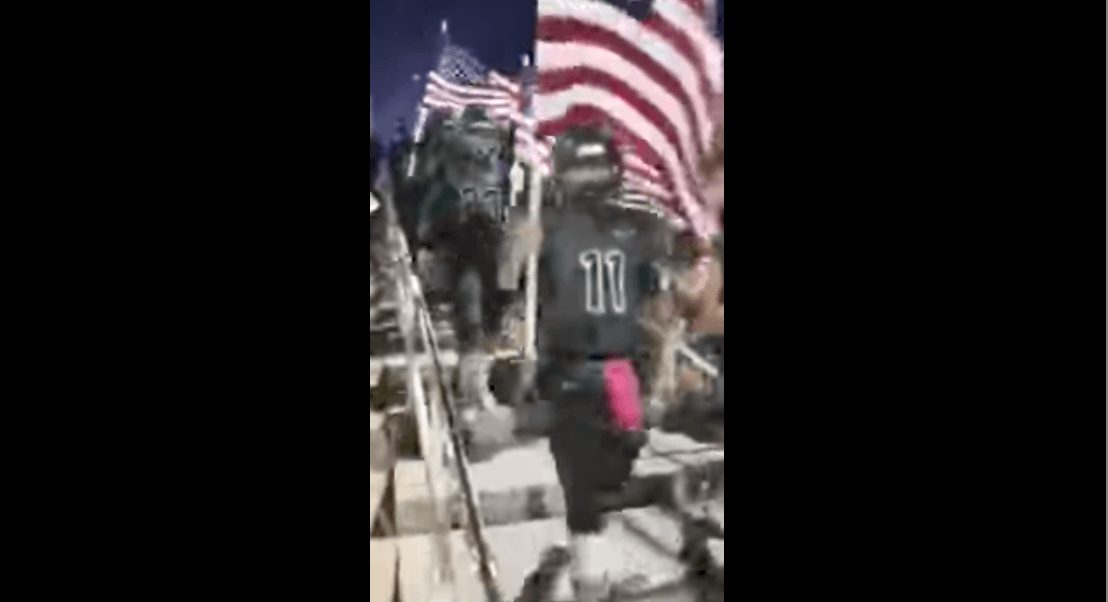 While the NFL continues to defend its players’ actions disrespecting the American flag, a California high school football team decided to send a different message about the country and its symbols.

Before their 20-17 win over Oak Hills on Friday, every player on the Sherman E. Burroughs High School football team walked onto the field carrying a flag as God Bless the USA played on the PA system. As the national anthem played, the young patriots stood on the field with F-18s flying over the field. The video of the heartwarming tribute was posted to Facebook before being widely shared, seen over 3 million times and shared over 100,000 times in less than 72 hours.

Video of the event went as far as Iraq, where Justin Smith, a US soldier, said that “Just watched this video from Iraq a few minutes ago and I couldn’t be more proud of Y’all.” The serviceman went on to say that “it makes it a lot easier for us overseas knowing we have support from guys like you.”

Looks like the millionaire celebrities playing in the NFL could learn a thing or two from these student patriots.