‘Reporter’ Throws Russian Flags At Trump. Immediately Gets What’s Coming To Him- Wow 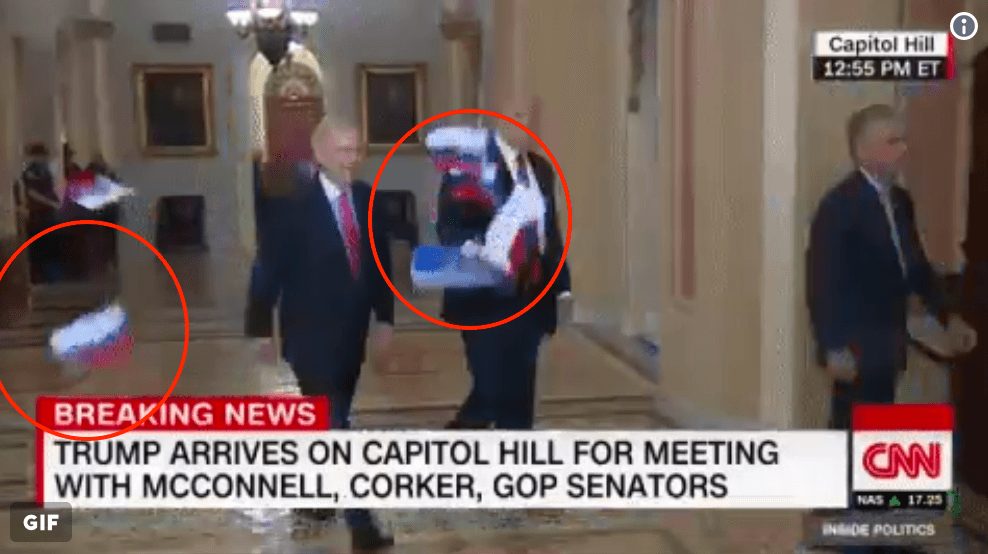 As president Trump walked through the halls of the capitol Tuesday afternoon, a ‘reporter’ threw a handfull of Russian flags at him. The person then screamed “Trump is treason!” multiple times.

Here is a close up of the flags:

Here is is from another angle:

Wow…protester gets in w/ gathered press, throws something @ POTUS, yells "Trump is treason" (? via @elizacollins1) pic.twitter.com/7UGhgidZ4I

If you want to know what instant karma looks like, watch below:

The protester is immediately pulled out of the crowd and arrested:

Previous Article
Michael Moore’s Made a Broadway Show To Bring Down Trump. Now It’s The One Getting Shut Down
Next Article
David Schwimmer Actually Being Commended For Offer He Made To Woman Interviewing Him In His Hotel Room