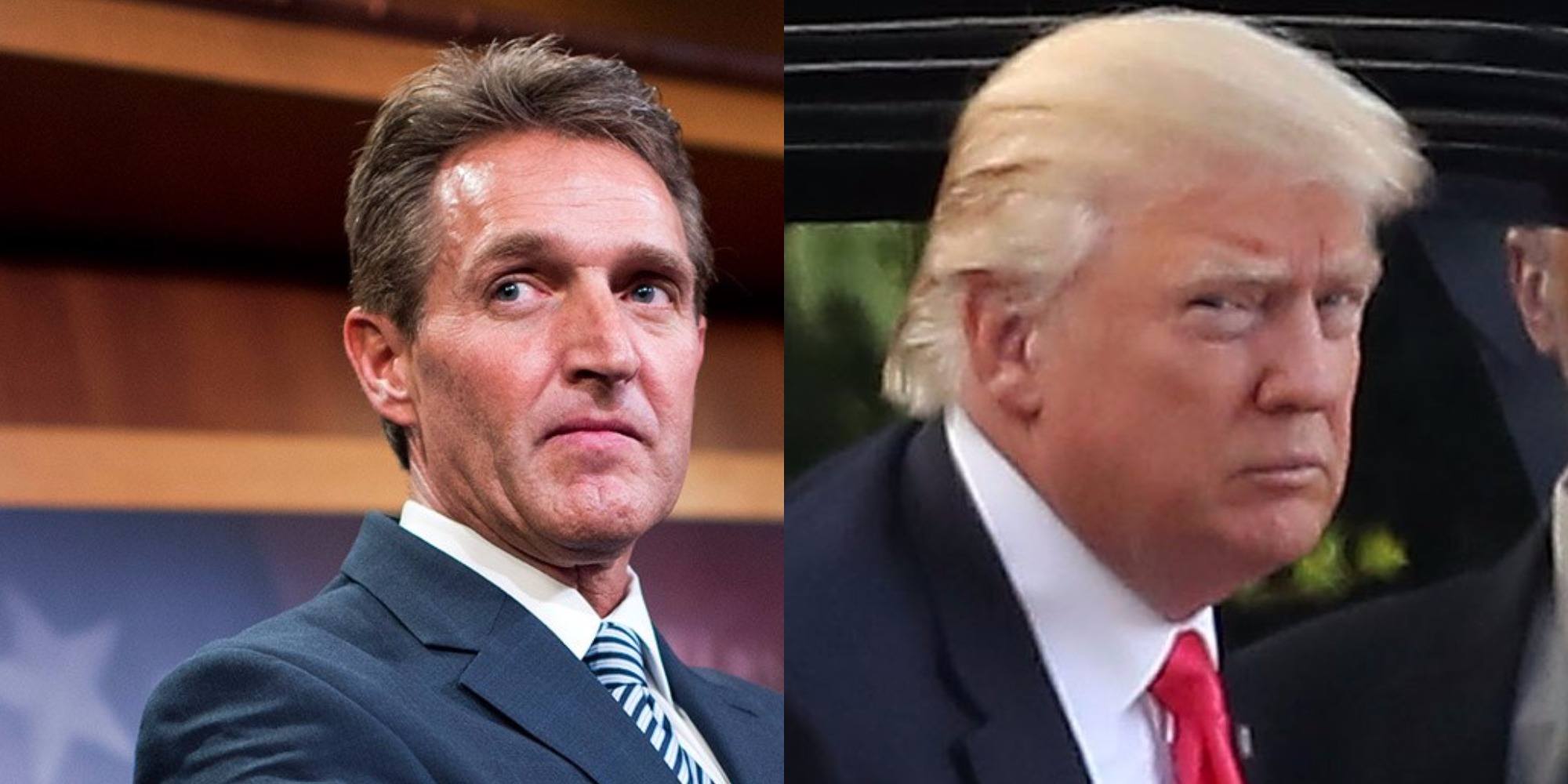 Sen. Jeff Flake will not run for reelection.
The stunning decision comes after high-profile clashes with President Trump and Flake’s outspoken aversion and criticism of the President.
Flake was facing a strong primary challenge against former state Sen. Kelli Ward, who has received the endorsements of the hard right.
“There may not be a place for a Republican like me in the current Republican climate or the current Republican Party,” Flake said in a statement while noting that running in the Republican primary would require him to “condone behavior that I cannot condone.”

Condemning the nastiness of Republican politics in the era of President Donald Trump, Sen. Jeff Flake on Tuesday announced he will serve out the remainder of his term but will not seek re-election in 2018.

The bombshell, which Flake, R-Ariz., intended to detail Tuesday afternoon on the Senate floor, will further roil Republican hopes of keeping the party’s 52-seat Senate majority in the midterm elections of Trump’s first term, when the president’s party historically loses seats in Congress.

It also likely will upend the race for Flake’s seat.

Flake, one of the Senate’s more prominent critics of President Donald Trump, has been struggling in the polls.

The announcement comes on the news of Tennessee Senator Bob Corker announcing that he also will not seek reelection. The decision could mean trouble for Republicans in the Senate who only hold a razor thin majority at 52 seats.