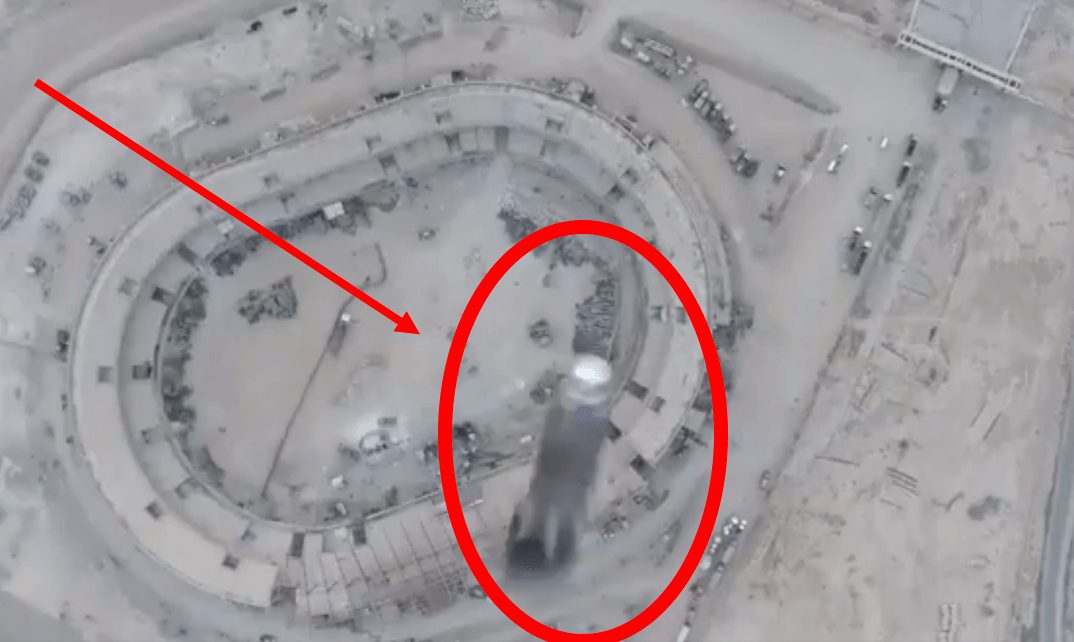 The Islamic State’s propaganda arm recently released a new video of a quadcopter drone dropping a munition on a Syrian regime army depot in the middle Euphrates River Valley.

Looks like the ammo depot explosion in #DeirEzzour earlier this month was caused by an IS drone dropping a bomb. pic.twitter.com/gmoRVxlJT0

The army depot was reportedly located in a local soccer stadium and appeared almost completely destroyed after the incident. ISIS has pioneered the use of low cost quadcopter drones in warfare prompting worry amongst the U.S. military and terrorism experts.

The Pentagon is so concerned about the threat from ISIS it has initiated a 700 million dollar program aimed at countering commercial drones. The program includes using lasers to shoot drones out of the sky. The technology is in its infancy however and has yet to yield any significant results.

The terrorist group used some commercial drones to drop cheap IED’s on the Iraq Security Forces during the Battle for Mosul. ISIS announced the formation of a new drone warfare unit in January, whose sole purpose is to inflict “a new source of horror for the apostates.” ISIS claimed its the new unit killed nearly 40 Iraqi soldiers in just one week.

The threat may not just be limited to the battlefield. Georgetown terrorism expert Dr. Bruce Hoffman recently warned that drone “swarms” could become a facet of western terrorist attacks. Hoffman outlined one such scenario, telling readers, “picture Paris on November 13, 2015 [the night when people were slaughtered at a rock concert and in sidewalk cafés] with drone attacks superimposed on top of it. Authorities would have been completely overwhelmed. This elevates our greatest fear, which is simultaneous urban attacks—now with swarming on top of them.”