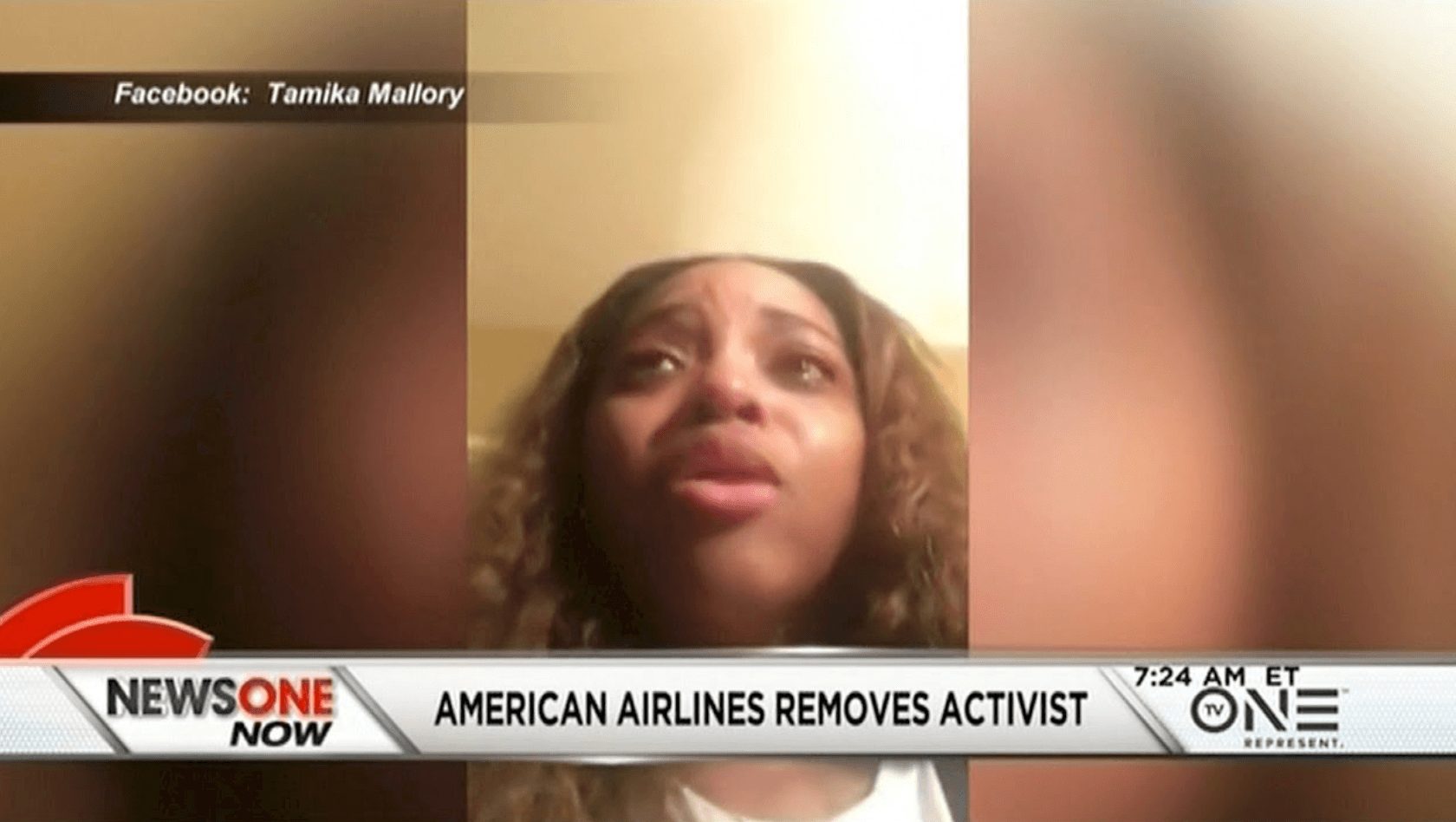 When Tamika Mallory couldn’t change her middle seat to an aisle seat, all hell broke loose.

The NAACP has issued a travel advisory for African Americans traveling on American Airlines after Women’s March organizer Tamika Mallory was denied a seat change on a Miami-to-New York flight.

Mallory engaged in a verbal dispute with an American Airlines gate agent when she attempted to change her middle seat to an aisle seat. While Mallory’s account does not mention her own actions, she claims the agent got “nasty” and “disrespectful.”

Mallory then boarded the plane but was asked to leave by the pilot, a move Mallory described as “white male aggression.”

“It definitely was white male aggression. I was singled out, I was disrespected, and he was trying to intimidate me. I was discriminated against,” she said.

“Our team does not tolerate discrimination of any kind,” a representative for the airline said on Monday. “We take these allegations seriously, and we are in the process of reaching out to our colleagues in Miami, as well as Ms. Mallory, to obtain additional information on what transpired during the boarding process.”

This is the second such travel advisory issued by the NAACP this year. Earlier, the group warned African Americans against traveling to the state of Missouri, the first such warning of its kind.

Women’s March organizers are no strangers to controversy. In August, organizer Linda Sarsour was caught trying to fundraise for a left-wing organization under the guise of Hurricane Harvey relief in Texas. In July, the group’s Twitter account tweeted a happy birthday message to Assata Shakur, a woman who escaped prison while serving a life sentence for murder. Shakur is on the FBI’s “Most Wanted Terrorists” list.