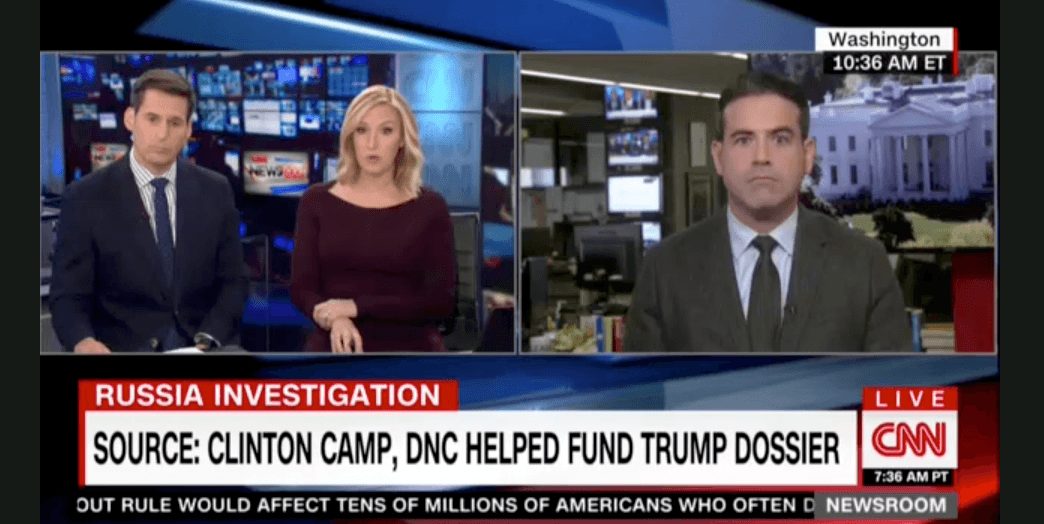 Former Clinton spokesman Brian Fallon denied that Democratic funding of the firm and research that resulted in the infamous ‘Trump dossier’ was similar to the meeting in Trump Tower between Donald Trump, Jr. and alleged agents of the Russian government.

But CNN’s Poppy Harlow wasn’t having any of it and threw his July words right back at him.

“In July, to our colleague Anderson Cooper, you said, ‘There’s a difference between going out and hiring opposition firms that work in the United States of America and going on and soliciting information from a foreign national,’” she said. Harlow pointed out that Christopher Steele, the author of the dossier, “was a foreign national.”

Fallon called Steele’s job “akin to counterintelligence work,” and argued that the FBI had asked Steele for the same research.

The former Clinton spokesman argued that if the Clinton campaign had actually colluded with the Russians, more of that information would have popped up prior to the election.

Previous Article
#MeToo Goes Off The Rails – Scott Brown Now Being Investigated For Calling Crowd Of Staffers ‘Beautiful’
Next Article
New: Trey Gowdy Just Made An Announcement That Hillary Clinton Is Going To Hate