New: Trey Gowdy Just Made An Announcement That Hillary Clinton Is Going To Hate 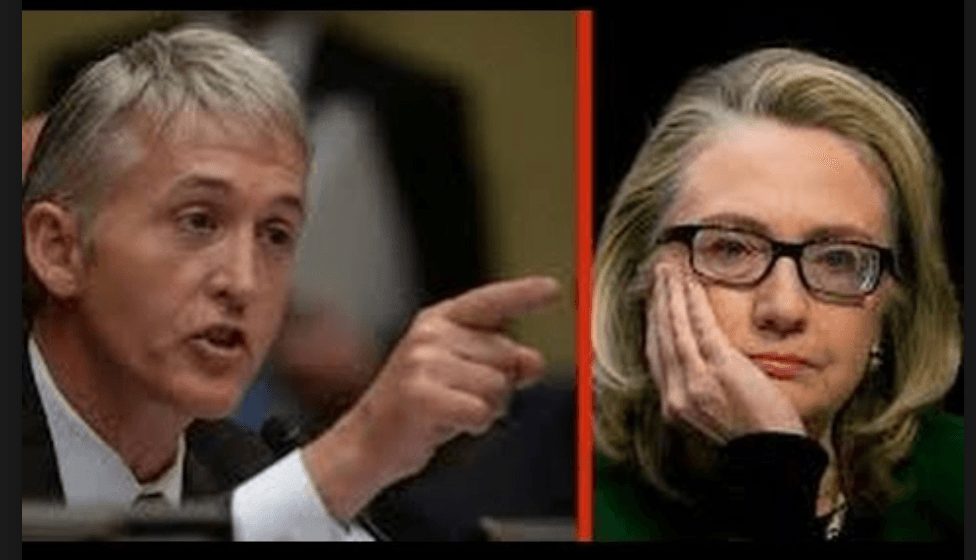 Throughout the 2016 election cycle, Hillary Clinton was plagued with claims of corrupt behavior, culminating in an email server investigation that lasted until just a week before Election Day. The defeated Democratic candidate may have hoped and thought that the worst of the scrutiny was behind her, but it looks like that is not to be.

🚨#BREAKING: @RepGoodlatte & @TGowdySC to investigate #DOJ decisions made in 2016 to ensure transparency and accountability at the agency. pic.twitter.com/EOm4pnHbTG

Representative Trey Gowdy of South Carolina and Representative Bob Goodlatte of Virginia announced on Tuesday that they were opening a joint investigation between the House Judiciary Committee and the House Oversight and Government Reform Committee on then-Secretary of State Clinton’s mishandling of classified documents.

In announcing their new investigation, the two leading House Republicans stated that “decisions made by the Department of Justice in 2016 have led to a host of outstanding questions that must be answered.” Of particular concern to the two committees is the manner in which the FBI handled the investigation, particularly its public announcement of the probe, its timeline and the reason the FBI, as opposed to the DOJ, made the decision not to charge Clinton.

In August, Senators Chuck Grassley of Iowa and Lindsey Graham of South Carolina revealed that then-FBI Director James Comey began drafting the statement announcing that the agency would not be recommending a DOJ indictment of Clinton before his agency had officially concluded the probe or interviewed key witnesses.

Grassley and Graham’s report paved the way for the present probe, which will open the next chapter in the long process of investigating Clinton’s handling of classified material.