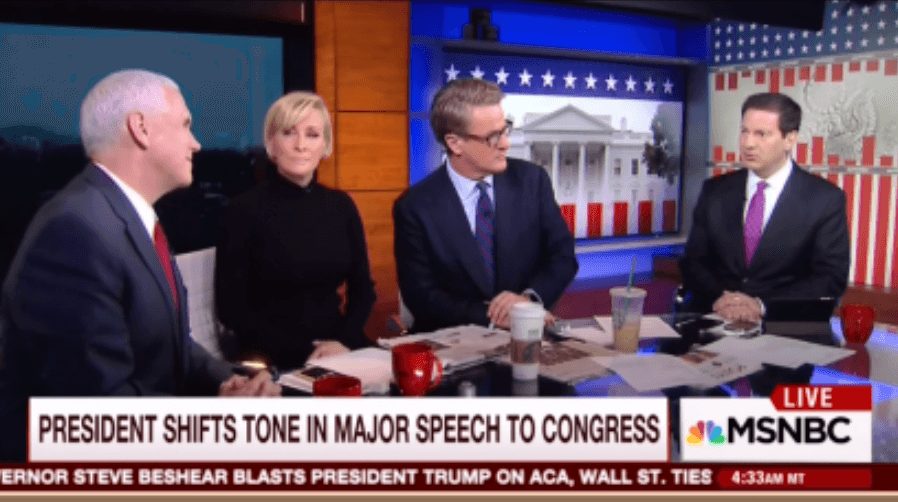 Another major figure in media is out of a job after sexual harassment claims surfaced in a CNN report overnight.

NBC announced Thursday veteran journalist Mark Halperin was being suspended hours after he was accused of sexual harassment by five female former coworkers.

“We find the story and the allegations very troubling,” the network told a CNN reporter. “Mark Halperin is leaving his role as a contributor until the questions around his past are fully understood.”

Halperin, who is currently contracted as a political analyst for NBC News, was accused of a range of alleged predatory behavior including propositioning coworkers for sex, groping women’s breasts and kissing them without consent, according to CNN.

“During this period, I did pursue relationships with women that I worked with, including some junior to me,” Halperin said in a statement to CNN. “I now understand from these accounts that my behavior was inappropriate and caused others pain. For that, I am deeply sorry and I apologize. Under the circumstances, I’m going to take a step back from my day-to-day work while I properly deal with this situation.”

Halperin, 52, is a well known political commentator, he co-authored the bestselling book “Game Change” on the 2008 election, which later became an HBO film about Sarah Palin’s presidential run, he worked as political director at ABC News and frequently appears on MSNBC’s “Morning Joe.”

The allegations stem from Halperin’s time at ABC and span from the 1990s to the mid 2000s. The first accuser told CNN the harassment began when she was called to his office, where he allegedly forcibly kissed her and pressed his erection against her body.

“I went up to have a soda and talk and — he just kissed me and grabbed my boobs,” the woman said. “I just froze. I didn’t know what to do.”

Another woman described a similar scenario that reportedly occurred in 2004.

“The first meeting I ever had with him was in his office and he just came up from behind — I was sitting in a chair from across his desk — and he came up behind me and [while he was clothed] he pressed his body on mine, his penis, on my shoulder,” this woman told CNN. “I was obviously completely shocked. I can’t even remember how I got out of there — [but] I got out of there and was freaked out by that whole experience. Given I was so young and new I wasn’t sure if that was the sort of thing that was expected of you if you wanted something from a male figure in news.”

A third accuser, also an ABC employee, said Halperin propositioned her while the pair were traveling together on business, and a fourth woman said Halperin invited her up to his hotel room while traveling but she declined.

A fifth female ABC employee told CNN Halperin pressed his erect penis against her body on one occasion but was not comfortable elaborating.

The women who spoke to CNN said they did not report Halperin for fear of retribution given his authority within ABC.

“Mark left ABC News over a decade ago, and no complaints were filed during his tenure,” ABC News said in a statement provided to CNN after this article was published. NBC News has declined to comment.