Waiter: MLB Player Bruce Maxwell Made Up Story About Refusal Of Service Over Anthem Protest 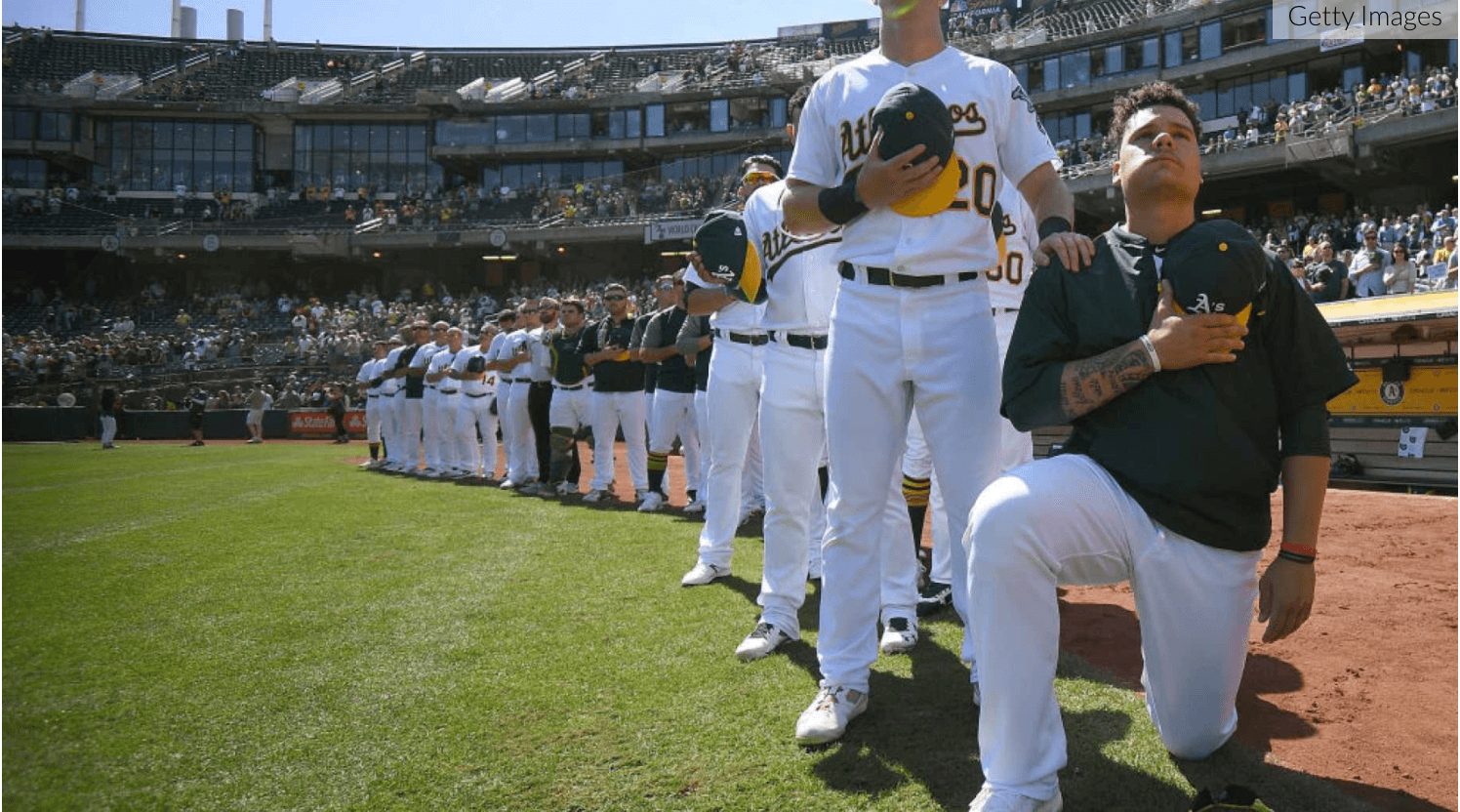 The MLB made headlines in August when Bruce Maxwell of the Oakland A’s became the first and only professional baseball player to kneel during the National Anthem. In a long-winded press conference afterward, the catcher said that he was showing solidarity with the NFL players who were also kneeling and shared their goal of fighting “injustice”. The League quickly reiterated its policy that players are required to stand during the National Anthem, bringing the one-man protest to an end.

Now the same MLB catcher is back in the headlines, claiming that an Alabama restaurant refused to serve him because he had knelt for the National Anthem. Maxwell argues that when he returned to his hometown of Harvest, Alabama for the summer, people acted differently and coldly toward him. In one case, he says a local restaurant in his hometown even refused to serve him because of his protest.

In an interview with TMZ Sports, Maxwell shared that “I got racially profiled in my hometown the day I got home. I wasn’t even home four hours and I got denied service at lunch with our city councilman who is also an African American guy I went to high school with because the dude recognized me as the guy who took a knee and he voted for Trump and was at that Trump rally in Huntsville, Alabama.”

It turns out, however, that the story of being refused service was bogus. Fox News caught up with the waiter in question, and he had a very different take on the story the hometown boy who made it big in the MLB told the press. Matt Henry, a waiter at Keegan’s Public House, is telling the network a very different story.

“He is outright lying. This is really upsetting as he was given full service, I didn’t even know who Bruce Maxwell was,” Matt Henry, a 42-year-old waiter at Keegan’s Public House, told Fox News. “This all started because I carded his friend who wanted to order a beer.”

According to Henry, an Alabama native, Maxwell was dining with local Democratic councilman Devyn Keith and another friend who produced an expired ID, and the server refused to serve him a drink — which upset the friend, who followed him into the kitchen.

“He asked me, don’t you know who Bruce Maxwell is, and told me I was making everyone feel uncomfortable. Nobody was even paying attention to them,” Henry claimed. “I didn’t know anything about him or the kneeling. All I know is a friend of mine 15 years ago lost his job for serving someone a drink who happened to be underage, so if anyone looks under 30, I’m going to card them.”

The waiter said that the councilman then complained to the restaurant’s manager about Maxwell being uncomfortable, and the manager simply swapped me to another table, and that it was “no big deal.”

Restaurant manager Ann Whelen also went on record disputing Maxwell’s account of the incident, saying that ‘“Matt came to me and told me that a guy wanted a beer but his ID was not valid and told him he absolutely could not give it to him, we can go to jail for that in the state of Alabama. It was his friend causing all the fuss, none of us even knew who this baseball player was. I told him I had no idea who he was going on about.”

On top of all this ruckus, the waiter said that there was no talk of politics during the incident, saying “We didn’t even discuss Trump. I was working two jobs, I don’t have time for rallies. If this all happened a month ago, why suddenly now is he claiming all this now?”

Looks like this MLB player-turned-social justice fighter struck out.