Seriously?: Handsy Joe Biden Teams Up With Lady Gaga To Lecture Us On Sexual Assault 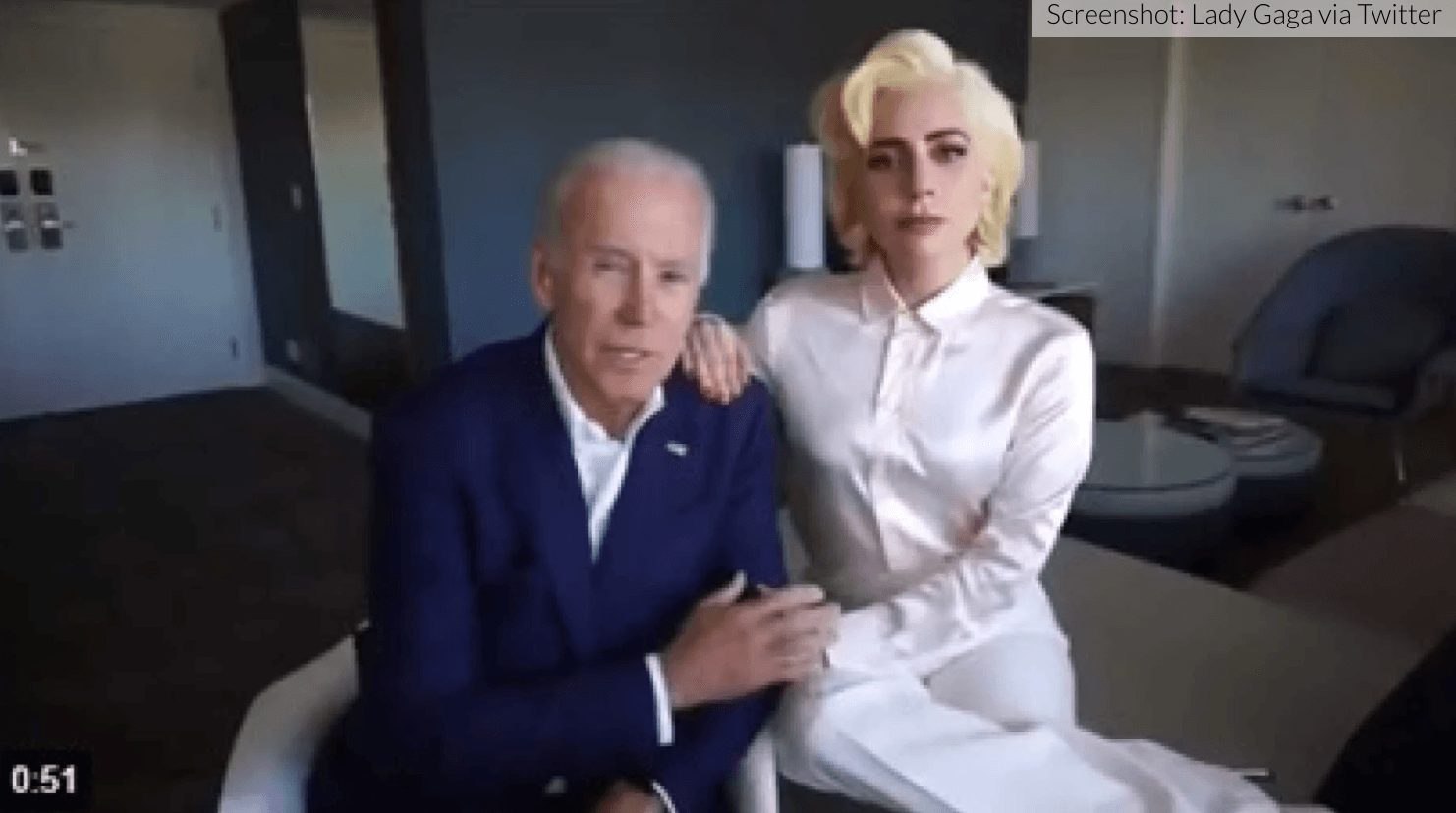 Few politicians have gone viral for being handsy with women and not only kept their career on track but been found likable for acting in what is generally perceived as a creepy way. However, that is exactly what Joe Biden has managed to do.

Now the former Vice President is teaming up with Lady Gaga, another figure who has been known for eccentricity, for the stated purpose of combating sexual assault. In a bizarre video, much of which sees the longtime politician holding hands with the Bad Romance singer, the duo give a spiel about how harmful sexual violence is and the importance of combatting it. The joint project has been dubbed “It’s On Us,” and is advertised on ItsonUs.org as being “a rallying cry inviting everyone to step up and realize that the solution begins with us.”

A message from me & my buddy Vice President @JoeBiden @ItsOnUs to stop sexual assault. Go to https://t.co/aMd5silSst #ItsOnUs to help. ?? pic.twitter.com/w5JGRCd2z8

“We want to make it real clear: it’s on us,” the former Obama running mate says in the video “It’s on everyone to intervene, to stop abuse when they see it and when they hear about it.” Meat costume model Lady Gaga chimes in that “I am a sexual assault survivor and I know the effects, the aftermath, the trauma: psychological, physical, mental. It can be terrifying waking up every day feeling unsafe in your own body.”

It remains to be seen if this initiative takes off, but it has already gifted the world a priceless video and a great deal of irony.