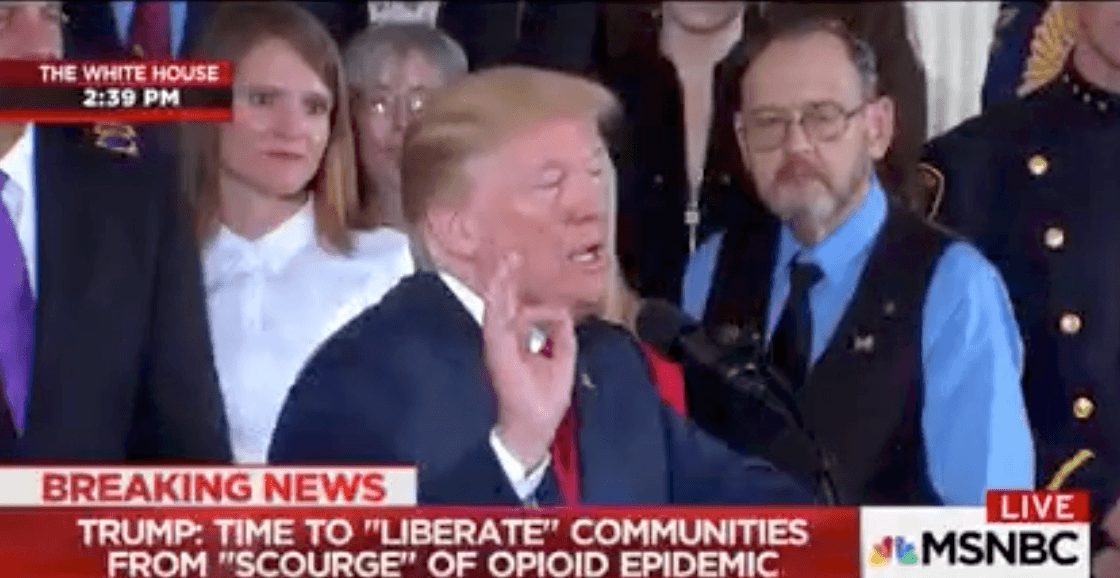 President Donald Trump described the emotional story of his brother’s alcoholism in a press conference Thursday addressing the opioid epidemic.

Trump described in detail how he watched his brother, Fred Trump, slowly become addicted to alcohol and die at the age of 46, saying he “learned” from the “very tough” life his brother had, and said he was the reason he never consumed alcohol.

“To this day, I’ve never had a drink. And I have no longing for it. I have no interest in it to this day, I’ve never had a cigarette,” Trump said. “I had somebody that guided me and he had a very, very, very tough life because of alcohol, believe me, ” he continued. He was a strong guy but it was a tough, tough thing that he was going through, but I learned because of Fred.”

Trump addressed the opioid crisis in the press conference where he declared the crisis in the U.S. a public health emergency, saying it is time for the government to address the problem “head on.”

Drug overdoses led to 64,070 deaths in 2016, more than the amount of American lives lost in the entire Vietnam War.