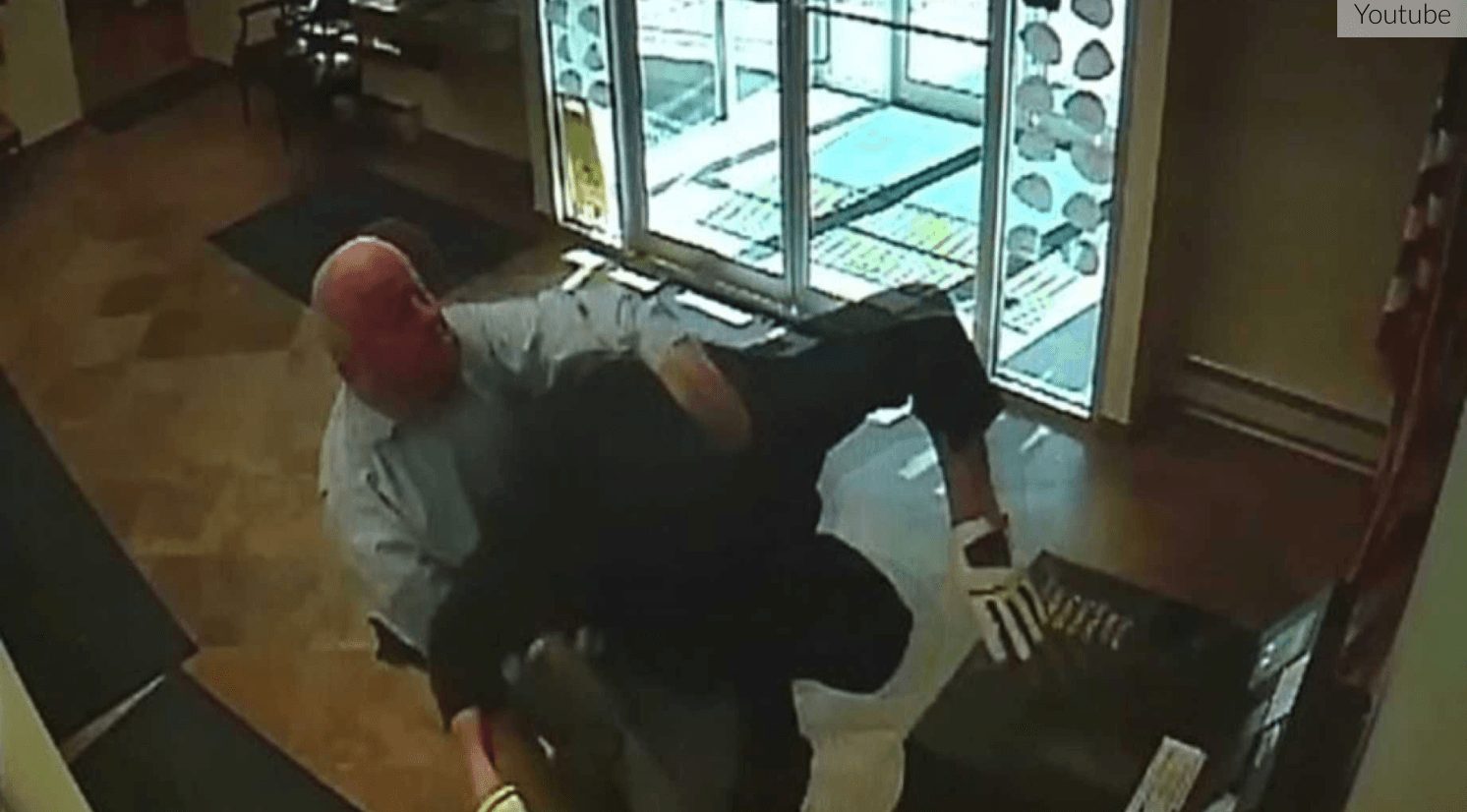 A video released this week by the Scott Township Police Department shows the moment a bank robbery is thwarted by an unlikely hero.

Robert Sakosky, a 63-year-old customer of Honesdale National Bank, was going about his business when a masked robber bursts into the bank, aims his gun at the cashier and demands the cash. After 38-year-old John Ryall gets his loot, Sakosky jumps in, tackling the thief as the two other customers in the bank escape. Sakosky gets the robber’s gun away from him and slams him into the floor, unmasking Ryall and salvaging the cash bag.

As the robber escapes, the hero alerts an approaching police officer to Ryall’s escape route.