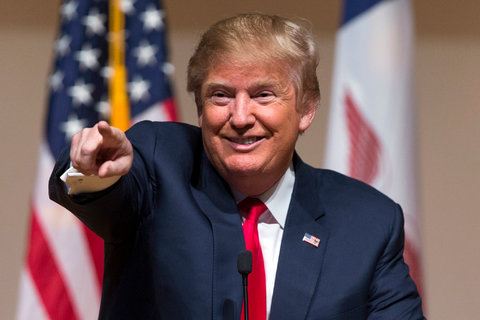 President Donald Trump’s State of the Union address Tuesday night will review the apparent accomplishments of his past two years in office and include an appeal to Congress to act on issues of immigration, trade, infrastructure, and prescription drug pricing, two sources briefed on the matter tell The Daily Caller.

Trump’s address will have a theme of “Choosing Greatness” and will also feature a prolonged review of the administration’s foreign policy achievements and vision, spanning North Korea, Venezuela, the Islamic Republican of Iran, the fight against the Islamic State, the U.S. presence in Syria, and the future of the U.S. role in Afghanistan.

U.S. President Donald Trump delivers his first State of the Union address to a joint session of Congress inside the House Chamber on Capitol Hill in Washington, U.S., January 30, 2018. REUTERS/Win McNamee/Pool

The president is scheduled to take the dais in the House of Representatives at 9:10 p.m. EST.

The president laid into Virginia Gov. Ralph Northam’s apparent endorsement of the policy in a recent Oval Office interview with The Daily Caller saying, “Do you remember when I said Hillary Clinton was willing to rip the baby out of the womb? That’s what it is, that’s what they’re doing, it’s terrible?” (RELATED: Senator Sasse Tells Virginia Governor To ‘Get The Hell Out Of Public Office’ Over Abortion Remarks)

A senior administration official previously told reporters that Trump is expected to say to Congress: “Together we can bring decades of political stalemate, we can bridge old divisions, heal old wounds, build new coalitions, forge new solutions and unlock the extraordinary promise of America’s future. The decision is ours to make.”

White House press secretary Sarah Huckabee Sanders also said Tuesday morning that the theme of Trump’s address will be a call to unity and for action by Congress. The White House has budgeted approximately 45 minutes for Trump’s address to Congress, though with applause and normal delays it is likely to go past that mark.

U.S. President Donald J. Trump delivers the State of the Union address in the chamber of the U.S. House of Representatives January 30, 2018 in Washington, DC. (Photo by Chip Somodevilla/Getty Images)

First lady Melania Trump will also be in the House gallery with several guests, whose presence is tied to themes within the address. These guests include those affected by crimes perpetrated by illegal immigrants, families affected by the opioid crisis, victims of bullying, law enforcement officers, and former felons released after passage of criminal justice reform legislation.

Overshadowing the lofty goals of Trump’s address, however, is his ongoing showdown with House Speaker Nancy Pelosi over funding for his proposed wall along the U.S. southern border. Pelosi has pledged not to negotiate with the White House over a requested 5.7 billion dollars in funding for the border wall, with Trump now poised to declare a national emergency when his self-imposed deadline of Feb. 15 expires.