FACT CHECK: 5 CLAIMS FROM TRUMP’S STATE OF THE UNION ADDRESS 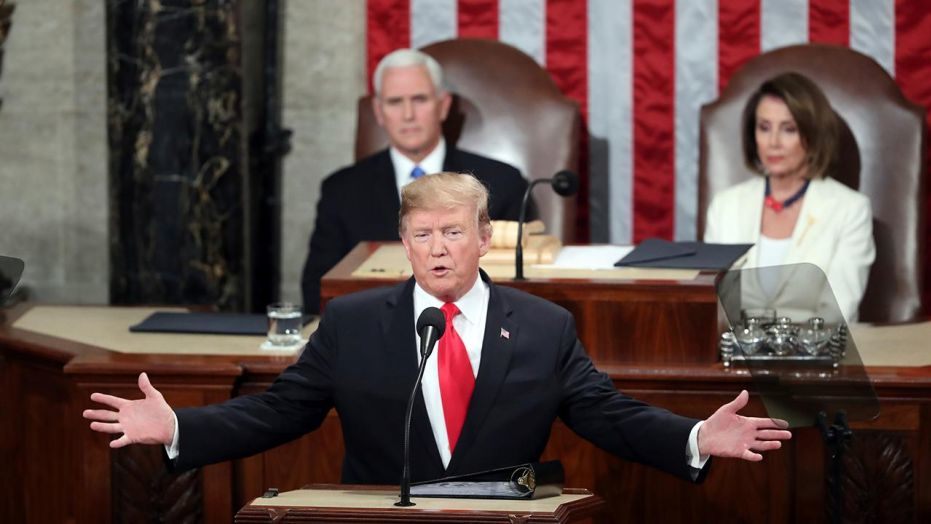 Speaking before a joint session of Congress, President Donald Trump delivered his second State of the Union address Tuesday night.

Here are five checks on his claims.

More than 500 members of MS-13 have been arrested or charged with crimes in 22 states since 2012, according to a study by the Center for Immigration Studies. The organization counted 207 gang members charged with murder.

The states with the most arrests were California, Maryland, New York and Virginia. In April 2017, then-Attorney General Jeff Sessions said that MS-13 had over 10,000 members in at least 40 states.

A report by InSight Crime and the Center for Latin American and Latino Studiesfound that MS-13 “was uniformly seen by law enforcement and civil society experts as the most, or one of the most, violent gangs.”

Claim 2: “In just over two years, since the election … we have created 5.3 million new jobs, and importantly, added 600,000 new manufacturing jobs.”

Trump’s claim is partially correct. The Bureau of Labor Statistics estimates that 5.3 million jobs have been added to the economy since November 2016, the month Trump was elected. The U.S. has added 481,000, not 600,000, manufacturing jobsover the same period.

The numbers are slightly lower starting with Trump’s inauguration. Since January 2017, the economy has added 4.9 million jobs, including 454,000 manufacturing jobs.

Claim 3: “We have unleashed a revolution in American energy – the United States is now the number one producer of oil and natural gas anywhere in the world.”

The U.S. Energy Information Administration (EIA) reported in May that the U.S. continued to produce more petroleum and natural gas hydrocarbons in 2017 than any other country in the world. “The United States has been the world’s top producer of natural gas since 2009, when U.S. natural gas production surpassed that of Russia, and the world’s top producer of petroleum hydrocarbons since 2013, when U.S. production exceeded Saudi Arabia’s,” reads the report.

The U.S. “likely” became the largest producer of crude oil in 2018, according to a September report by the agency. “EIA expects that U.S. crude oil production will continue to exceed Russian and Saudi Arabian crude oil production for the remaining months of 2018 and through 2019,” said the report.

Claim 4: “In Afghanistan and Iraq, nearly 7,000 American heroes have given their lives. More than 52,000 Americans have been badly wounded.”

The Department of Defense reports that 2,278 military personnel have died in Afghanistan across two campaigns – Operation Enduring Freedom and Operation Freedom’s Sentinel – since October 2001. More than 20,000 personnel have been wounded.

There were 4,410 military personnel killed during Operation Iraqi Freedom, and another 73 as the U.S. drew down forces in Operation New Dawn. Around 32,000 were wounded in action. (These figures include some casualties sustained in countries other than Iraq, such as Kuwait, Saudi Arabia and Qatar.)

Claim 5: “In 2019, we also celebrate 50 years since brave young pilots flew a quarter of a million miles through space to plant the American flag on the face of the moon.”

In July 1969, astronauts Neil Armstrong and Edwin “Buzz” Aldrin became the first men to walk on the moon. The earth and the moon are 238,855 miles apart, on average, according to the National Aeronautics and Space Administration (NASA).

The last manned mission to the moon was in December 1972.