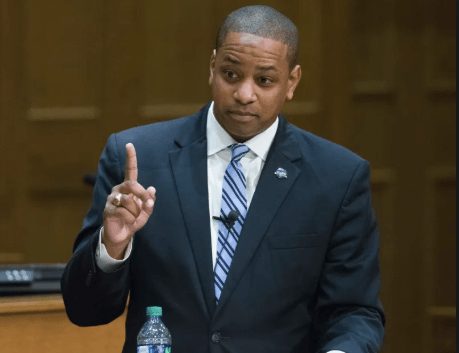 The woman who has accused Virginia Lieutenant Gov. Justin Fairfax of sexually assaulting her over a decade ago released a statement Wednesday afternoon.

Dr. Vanessa Tyson, a fellow at Stanford University, claims that she met Fairfax at the 2004 Democratic National Convention in Boston. After meeting a couple times, she alleges the two of them wound up going back to Fairfax’s hotel room on the pretense of getting some paperwork he needed. She then described the alleged assault. (RELATED: Virginia Sen. Tim Kaine Will Wait On Fairfax Accuser To Step Forward Before Considering Charge)

Her statement reads, in part:

What began as consensual kissing quickly turned into a sexual assault. Mr. Fairfax put his hand behind my neck and forcefully pushed my head towards his crotch. Only then did I realize that he had unbuckled his belt, unzipped his pants, and taken out his penis. He then forced his penis into my mouth. Utterly shocked and terrified, I tried to move my head away, but could not because his hand was holding down my neck and he was much stronger than me. As I cried and gagged, Mr. Fairfax forced me to perform oral sex on him. I cannot believe, given my obvious distress, that Mr. Fairfax thought this forced sexual act was consensual.

Tyson also claims that she told friends in December 2017, including a friend of hers that works at The Washington Post.

A colleague of Tyson’s at Stanford, Jennifer Freyd, told the Bay Area News Group that Tyson told her and a couple others about the alleged 2004 encounter last fall.

Fairfax has denied the allegations.

“Lt. Governor Fairfax has an outstanding and well-earned reputation for treating people with dignity and respect,” according to a Monday statement posted to Twitter. “He has never assaulted anyone — ever — in any way, shape, or form.” (RELATED: Virginia Lt. Gov. Issues Statement Refuting Reported Sexual Assault Allegations)

This controversy is only one of a few currently surrounding the Virginia legislature. Democratic Virginia Gov. Ralph Northam made remarks last week about a bill changing the state’s abortion laws that received backlash.

Days later, a photo surfaced from his 1984 medical school yearbook that showed a photo of two people, one of them wearing KKK garb and another dressed in blackface. Northam initially accepted responsibility for the photo, only to say later that it wasn’t him.

Virginia Attorney General Mark Herring also acknowledged Wednesday that he used blackface while a party in 1980. He has not yet decided whether or not he’ll resign.

Previous Article
FACT CHECK: 5 CLAIMS FROM TRUMP’S STATE OF THE UNION ADDRESS
Next Article
OPINION: PERFECT TIMING TO FIND OUT IF DEMOCRATS WOULD CLOSE GOVERNMENT FOR PLANNED PARENTHOOD