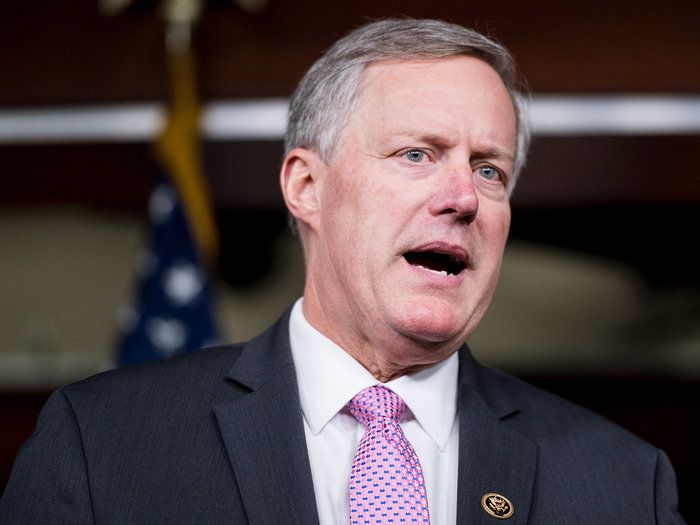 Republican Rep. Mark Meadows said Friday that former FBI Deputy Director Andrew McCabe would likely fail to mention what the North Carolina lawmaker believes is his inability to be truthful about his time in the Trump administration.

“McCabe is a known liar and leaker,” Meadows noted in a tweet before suggesting former Deputy Attorney Journal Rod Rosenstein “has played ‘hide and go seek’ from Congress at every turn.”

1) McCabe is a known liar and leaker

3) We have scores of evidence that top FBI and DOJ brass, without basis, targeted President Trump

McCabe’s book “The Threat: How The FBI Protects Americans In The Age Of Terror And Trump” will hit bookstores Feb. 19.

Meadows also said the book won’t include what he believes is the most damning information: “We have scores of evidence that top FBI and DOJ brass, without basis, targeted President Trump.” (RELATED: Trump Calls Out ‘Puppet’ Andrew McCabe After News That McCabe Ordered Obstruction Of Justice Probe)

Trump fired McCabe in March 2018, two days before he was set to retire and receive his government pension. Investigators found he authorized his deputy, Lisa Page, to give information to The Wall Street Journal about a probe into the Clinton Foundation.

FBI’s Office of Professional Responsibility and the Justice Department’s Office of the Inspector General (OIG) accused McCabe in March 2018 of a “lack of candor” in four interviews with investigators, some of which were under oath.

“Disgraced FBI Acting Director Andrew McCabe pretends to be a ‘poor little Angel’ when in fact he was a big part of the Crooked Hillary Scandal [and] the Russia Hoax — a puppet for Leakin’ James Comey,” Trump wrote Thursday on Twitter.