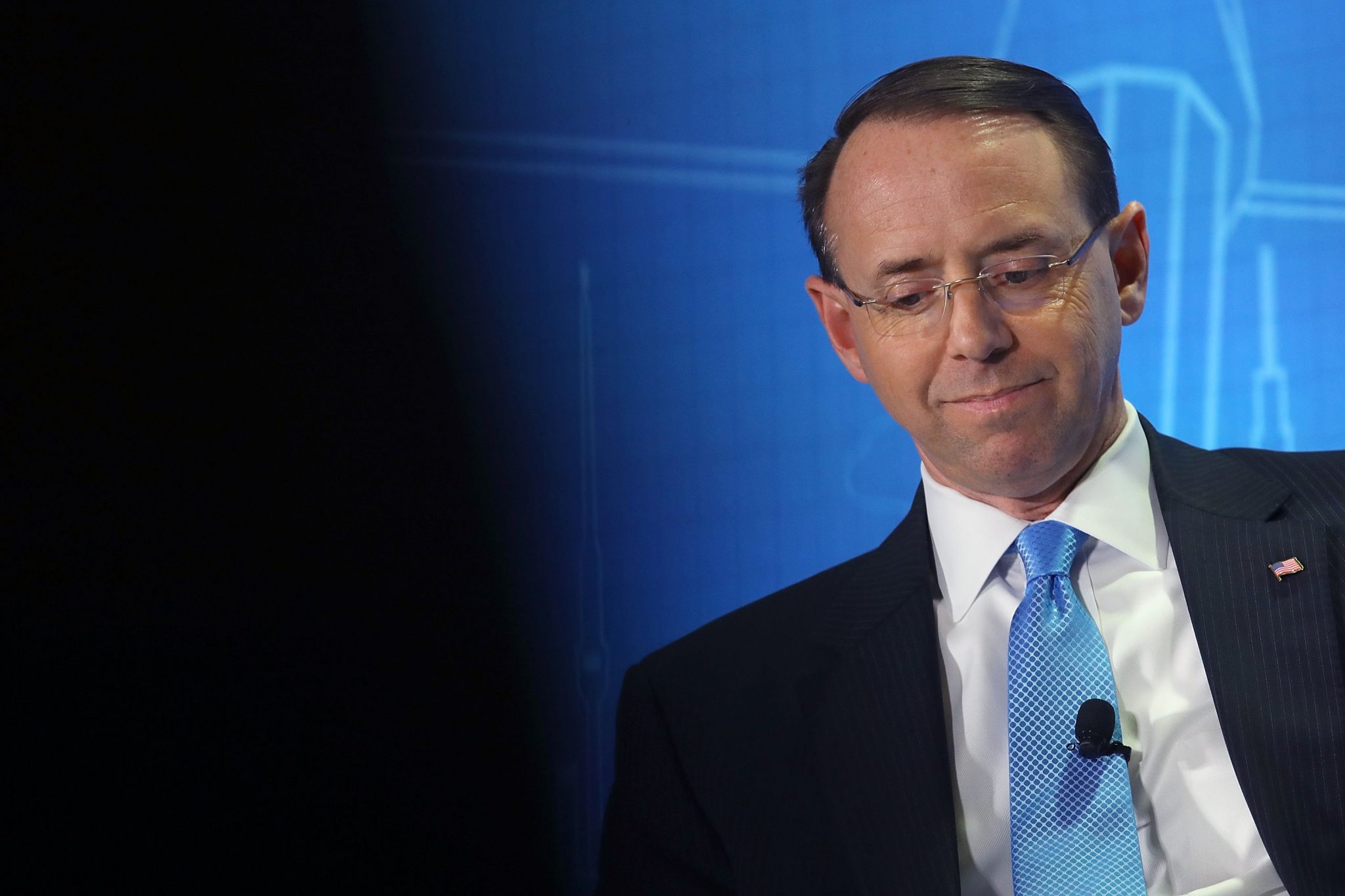 “The deputy attorney general offered to wear a wire into the White House,” McCabe said in an interview with “60 Minutes.”

“Now, he was not joking. He was absolutely serious. And in fact, he brought it up in the next meeting we had,” added McCabe.

McCabe, who was fired on March 16, 2018, also claimed Rosenstein expressed confidence he could successfully record Trump at the White House.

“I never get searched when I go into the White House. I could easily wear a recording device. They wouldn’t know it was there,” McCabe quoted Rosenstein as saying.

McCabe’s remarks are in line with reports about what the former FBI official wrote in memos following his meetings with Rosenstein and other Justice Department officials. The New York Times first reported McCabe’s claims on Sept. 21, 2018, though McCabe’s “60 Minutes” interview is the first time he’s confirmed the matter on the record. Other FBI officials have told Congress that McCabe discussed Rosenstein’s remarks with them. (RELATED: Lindsey Graham Pledges To Investigate McCabe, Rosenstein Over ‘Bureaucratic Coup’)

McCabe said that Rosenstein brought up the idea of wearing a wire during a discussion about whether Trump was thinking about the Russia investigation when he decided to fire former FBI Director James Comey.

Rosenstein helped Trump in that effort by writing a memo recommending Comey’s ouster over his handling of former Secretary of State Hillary Clinton’s email investigation.

McCabe claimed he did not consider taking Rosenstein up on his offer to surveil Trump.

“I never actually considered taking him up on the offer. I did discuss it with my general counsel and my leadership team back at the FBI after he brought it up the first time,” he said.